You are here: Home / News / News / Charity on a mission to prevent Veterans’ Christmas loneliness

Charity on a mission to prevent Veterans’ Christmas loneliness

A charity chief is urging people to help light up RAF veterans’ lives this Christmas, as thousands of elderly and vulnerable people face a festive season of loneliness compounded by the COVID-19 pandemic. 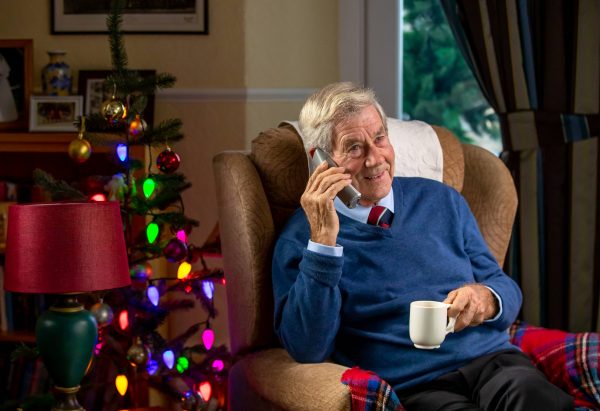 While lockdown rules will be temporarily eased to enable families to meet, many veterans are likely to spend Christmas feeling as isolated as ever, because they have no relatives or are continuing to self-isolate to protect their health.

In response to the situation, the RAF Association – the national charity that supports the wellbeing of the whole of the RAF community – has launched an urgent Christmas appeal to enable it to expand its national telephone friendship service.

“We anticipate that a large number of older people will have even less, if any, social contact than usual because of the ongoing pandemic.

“People without family or close friends to support them would normally have some opportunity to chat while out shopping, and to meet like-minded people at community clubs and events, but this year they won’t even have that.”

Nick said that recent research by the RAF Association among the RAF community had revealed that almost half of those surveyed had experienced loneliness since the pandemic began.

“When asked how long they had gone without an in-depth conversation since the start of the first national lockdown, more than a third of those surveyed said three or more days. Asked if they felt an outreach service to contact vulnerable individuals would be useful, 81 per cent of participants said yes!”

Nick said the findings overwhelmingly pointed to a need to further expand the charity’s new telephone friendship service, and so he was asking people to donate to the Association to make this possible.

“2020 has been a really tough year for our charity, at a time when people have needed us more than ever. We launched a new telephone friendship service – Connections for Life – as soon as the Government issued its ‘stay at home’ message in March. Our amazing volunteers have so far made over 50,000 calls to lonely RAF veterans, but it’s not enough.

“It’s our aim that nobody should feel alone or isolated over the Christmas period and beyond, so we are relying on people’s generosity to help us to keep up our additional work and light up veterans’ lives at an otherwise dark time.”

Among those already benefitting from the charity’s friendship service is a 76-year-old RAF veteran Clive. To promote their Christmas appeal, the RAF Association has launched a television commercial with the aim of helping people to understand the loneliness faced by veterans. The advert, which features Clive’s story, portrayed by an actor to protect his privacy, is being broadcast throughout December.

More information about the work of the RAF Association’s Christmas appeal can be found at christmas.rafa.org.uk