You are here: Home / News / News / Chocolate Treat for Veterans this Easter

Chocolate Treat for Veterans this Easter

This Easter the Taxi Charity for Military Veterans is delivering chocolate and a card to veterans across the UK. 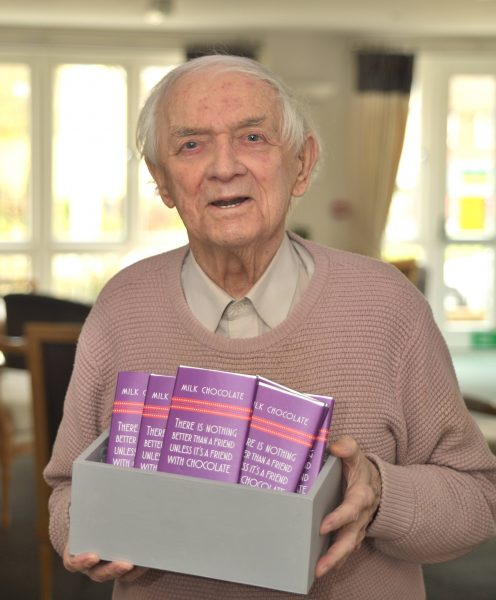 When the Taxi Charity sent its veterans an Easter card and chocolate in 2020 just after the country entered lockdown little did they know that a year later Covid restrictions meant that once again they would be sending a chocolate treat and a card to veterans still living under lockdown.

“Over the last twelve months it has been very important for the charity to keep in touch with our veterans. We have sent a card every month, delivered a charity newsletter and our volunteers have made regular phone calls as well as taking veterans to hospital appointments, for their COVID inoculations and collecting shopping. When we delivered last year’s Easter card, we could never have imagined that the country would still be facing restriction twelve months later and that all our planned events would have been cancelled. We know that over the last twelve months these small acts of kindness have combined to make a real difference in reducing feelings of loneliness or social isolation amongst the veterans who make up the Taxi Charity family.”

The pertinent sentiment on the Taxi Charity chocolate bar reads,

‘‘There is nothing better than a friend unless it’s a friend with chocolate. Happy Easter from your friends at the Taxi Charity.’