Organised by the Borders Branch of SSAFA, the Armed Forces charity the recent clay pigeon shoot at Bisley Braidwood near Selkirk has been declared a resounding success. 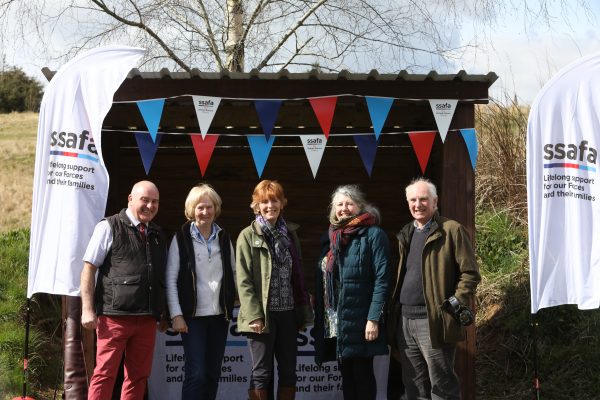 Competitors came from all over Midlothian and the Borders to take part in the branch’s first charity clay shoot, and in total, 15 teams of four guns each took part – raising more than £3,000 for SSAFA.

“The day was a great success due to the excellent organisation of the Bisley management team and not forgetting that it was a gloriously sunny day.

“Scoring was high with a shoot off for the High Gun with the Scottish Borders Sporting team taking all the prizes. Stuart Ferguson won the High Gun, and his team also won the team and flush competition.”

John added that a successful prize draw was held, and that through the generosity of those attending, more than £3,000 was raised, which will enable SSAFA to continue its work in the Borders for serving personnel, veterans, and their families.

He concluded by saying:

“My thanks go to Bisley Braidwood for all their efforts in hosting the event, my SSAFA colleagues who worked hard throughout the weekend setting up, engaging with the teams on the day and clearing up after the event, but most of all we would like to thank all those who took part to make the day the success it was and for their kind donations to the charity.”

The next shoot will be held on April 16, 2023, and – evidencing the popularity and enjoyment of the event – many teams from this year have already signed up.

For more information on the Borders branch of SSAFA, and for details of next year’s shoot, visit ssafaborders.org.uk.