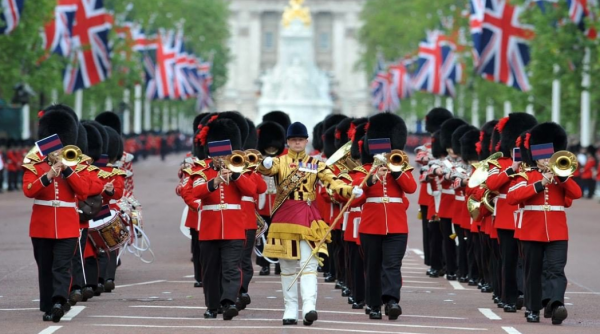 On the evening of Saturday 28th July, locals are set to be delighted by the Regimental Band of the Coldstream Guards performing inside the atmospheric Exeter Cathedral. The concert will be raising money for the Devon branch of SSAFA, the Armed Forces charity, following a connection made by the SSAFA Devon Branch Patron, Lord Clifford (a former Coldstream Guards Officer and President of the local Coldstream Guards Association).

As part of an event to mark the Coldstream Guards’ Freedom of the City of Exeter and to commemorate the Centenary of the end of the First World War, the Band will perform a programme of military music filled with pomp and circumstance. The performance will be supported by the opera duo Belle Voci, who were finalists on “The Voice”.

The concert comes as part of a wider host of events in Exeter from the 27th – 29th July, which includes sporting, social and ceremonial events for the local community to get involved with.

The Cathedral seats 900 members of the public and VIPs. Tickets are priced between £10 – £25 for allocated seats.

To book your tickets, head to: www.ticketsource.co.uk/date/494871