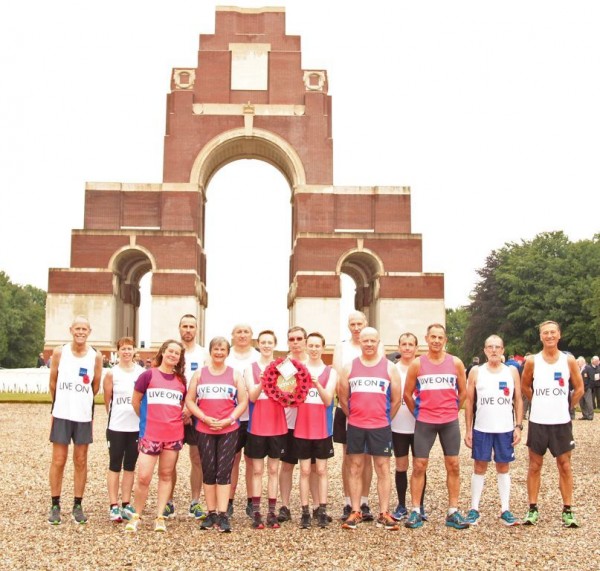 Once again, a group of King’s Lynn park runners made the pilgrimage to the Somme area of France to commemorate the infamous Battle of the Somme by running the length of the Northern front line in aid of the Royal British Legion. The run was organised by Gary Walker, Secretary of the Sedgeford and District Branch who is also a Run Director for the King’s Lynn parkrun, whose members he canvassed to join him.

The run was made even more poignant this year as it took place exactly 101 years to the day from when the battle started which quickly turned in to the biggest loss of life suffered by the British Army in its entire history.

The runners completed the run in good time arriving at the Thiepval Memorial to those with no known grave, just as the official commemoration service was about to begin. They were made particularly welcome by HM Ambassador to France, Edward Llewellyn OBE, who spoke to them and congratulated them on completing the run.

The group laid a wreath on behalf of King’s Lynn parkrun to commemorate those who has lost their lives in the battle and whose graves now lay in the numerous Commonwealth War Graves Commission graveyards that are scattered across the area, many of which were passed by the runners, as they made their way through the now peaceful French countryside. 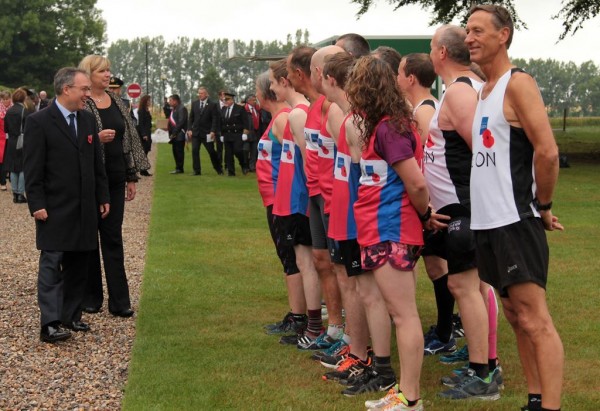