A manufacturing company has donated £1,500 to the UK’s first veteran care village as a thank-you to the army for carrying out a Covid-19 testing programme among its 210-strong workforce. 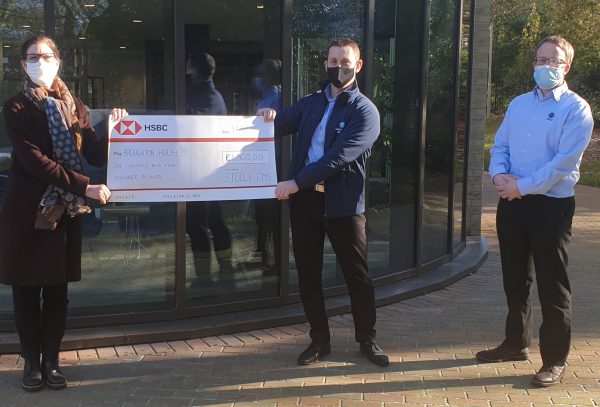 Stolle EMS Group, which operates out of four sites on the Altham Industrial Estate in Accrington, is part of the Stolle Machinery Group, the world’s largest supplier of can-making machinery to the food and beverage industry.

The business has experienced rapid growth, with the workforce doubling in the past 18 months.

Consumer awareness over plastic packaging has fuelled its expansion as markets have moved towards metal packaging, and the pandemic has accelerated demand for beverage cans as people spend more time at home.

Its order book is its strongest ever, and the firm is continuing to recruit across its operations.

Against this background, keeping its employees safe while remaining fully operational and catering for soaring demand has been vital.

Soldiers from the Corps of Royal Electrical and Mechanical Engineers were deployed to Stolle EMS Group as part of a government programme to conduct lateral flow tests at companies to identify people who may have the virus but are asymptomatic.

The troops also trained 14 company staff to conduct tests in the future, with kits provided by Lancashire County Council.

“We wanted to make a donation to a charity of the Army’s choice as a goodwill gesture to thank the soldiers for the services they have recently provided to our business and the community as a whole.

“Broughton House was suggested as an appropriate charity, so we presented a cheque. It’s a fantastic facility for veterans which is in need of financial support, and we hope our contribution will make a difference.”

“We are delighted and extremely grateful to be the beneficiary of this gesture of thanks by Stolle EMS Group to the military testing team in the north west.

“Supporting our veterans in this way is greatly appreciated. It demonstrates the high esteem in which those who have served our nation in the past are held across the entire community, while also showing gratitude for the commitment of serving soldiers.”