A year of celebrations marking the centenary of the Royal British Legion Scotland will culminate in a musical extravaganza on Sunday 28 November. A Centenary Concert will feature performances from the Band of the Royal Regiment of Scotland, Legion Scotland Sweetheart Amy Hawthorn, the Edinburgh Academy Chamber Choir and many others. 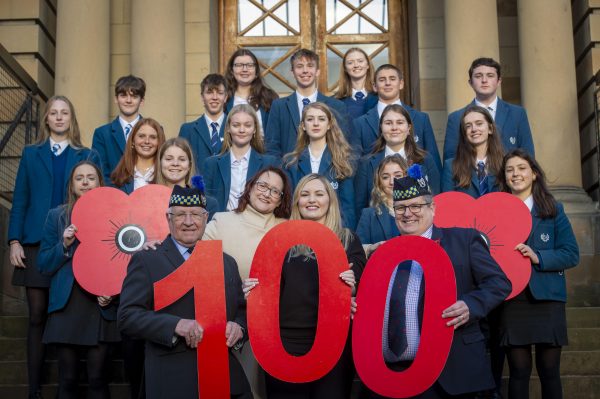 In June 1921, with the trauma and painful after-effects of the First World War crippling the nation, four ex-service organisations came together at St Cuthbert’s Church in Edinburgh to unite for the greater good of the nation. At that moment the Royal British Legion Scotland was born. 100 years later, St Cuthbert’s will host the charity in celebrating its centenary.

“The Centenary Concert will be a fitting culmination to a memorable year for our members.  In June, 100 commemorative wreaths were laid at War Memorials across the country exactly 100 years since the formation of the Legion. During the summer months members of our Bikers Branch set off on a National Ride to visit our network of branches and clubs throughout the country. We hoped to hold a huge Beating Retreat event in Dundee in September, but the ongoing restrictions meant this has been postponed until April 2022. Nevertheless, branches and clubs across Scotland held their own local celebrations.

“The past few weeks have seen a return to our usual programme of Remembrance events up and down the country, which have been exceptionally well attended. Remembering the fallen and joining together in a spirit of comradeship has always lay at the heart of our ethos. The number of people, both veterans and members of the public, who want to show their support demonstrates that Legion Scotland has a very bright future ahead.”

The Centenary Concert is split into four acts, with each examining a different aspect of the Legion’s history. The first act will highlight the aftermath of the First World War and the formation of the Legion. Act two will explore the Legion’s early years and the impact of the Second World War. This will be followed by two further acts, looking at the legacy of more recent conflicts and ahead to a positive future for Legion Scotland beyond its centenary. Other performers include Juniper 3, Dunfermline and District Pipe Band and Jedburgh Pipe Band.

The Centenary Concert takes place on Sunday 28 November at The Parish of St Cuthbert’s Church in Edinburgh and begins at 7.00pm. A number of tickets are still available free of charge and can be booked by emailing events@legionscotland.org.uk.