A blind veteran from Conwy helped to rescue three family members from a yacht which caught on fire in Conwy Estuary on Saturday 3 April. 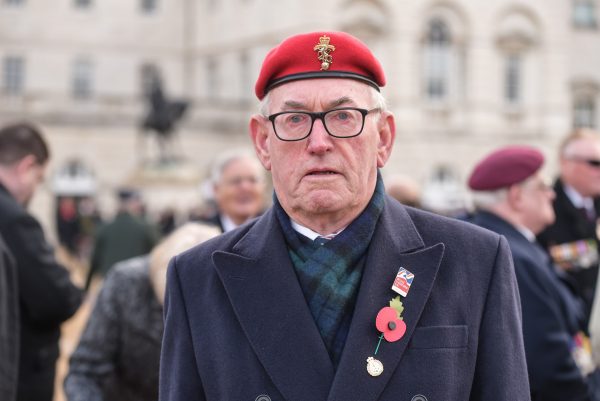 John Nicol, 82 and from Llandudno, was travelling from Conwy Harbour to Puffin Island with his friend when they noticed the yacht on fire in the distance. The pair turned around and went towards the uncontrollable fire. John says:

“I am a member of North Wales Cruising club and every year we go out for our first sailing of the year to check that the yachts are fit to sail after the winter. Just as we set out my friend pointed out the fire so we immediately went over to see if we could help”.

John, who has been supported by the charity Blind Veterans UK since 2015, managed to safely get the mother and son of the family onto his boat before providing the skipper of the yacht with a fire extinguisher. Unfortunately, the six-foot flames were far too fierce, but John managed to help the skipper onto his boat moments before the yacht exploded. John says:

“I have sailed for 50 years and was a coast guard for 18. Luckily, I know all the procedures, so I was able to give the coast guard all the information they needed. It all happened so quickly. It was awful what happened, and I feel dreadfully sorry for the family but luckily no one was hurt”.

John joined the Army in 1955 serving with the Royal Electrical and Mechanical Engineers (REME). He was based in Germany and his main role was to ensure that all the vehicles were in good working order. He was demobbed in 1963 as a first-class Craftsman.

He lost his sight due to Anterior Ischaemic Optic Neuropathy (AION) and Glaucoma. Fortunately, John found out about Blind Veterans UK and started to receive support from the national charity for vision-impaired ex-Service men and women. He began volunteering at the charity about six years ago.  Before the COVID-19 pandemic, he regularly helped out at the charity’s training and rehabilitation centre in Llandudno with the activities and taking members on trips out into Llandudno town centre. John, who is a qualified archery instructor, says:

“When new members come in, I would show them what they can do – if I can do it so can they! I find helping other people is like a therapy for me. I’m so glad that the staff from Blind Veterans UK trust me with that kind of responsibility – it gives me a great confidence”.