A library that will unlock new worlds for vision-impaired veterans was opened on Wednesday 4 March at the Blind Veterans UK training and rehabilitation centre in Ovingdean. 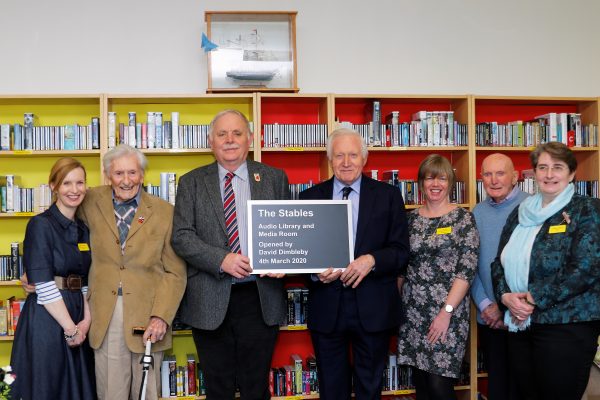 The library was opened by journalist and television presenter David Dimbleby and will now exist to offer literature and other media options for residents of the centre and visitors to Blind Veterans UK.

The books, films and music the library offers will be available in a number of accessible formats to make sure that all blind veterans, even those with no sight at all, are able to make the most of what is on offer. 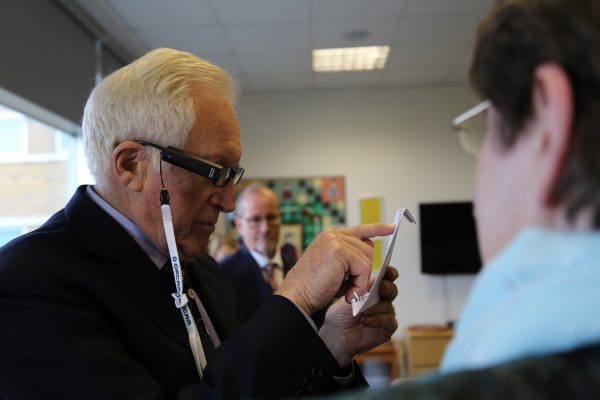 “I spoke at the centenary celebration for Blind Veterans UK in 2015 and found out that the charity doesn’t only support those who lost their sight in Service but at any point in their life.

“They helped my friend after he lost his sight many years after his Service and I saw the difference the equipment and training made to him. The tools to allow him to read again were particularly helpful.

“That is why I’m so pleased to be here today and opening this very special library.”

The project of creating this new library has been led by two volunteers, Claire Brewer and Jo Cornish who, as well as working to increase what was available and the accessibility of the formats, also worked to reorganise the library to make it easier for those with a vision impairment to navigate. 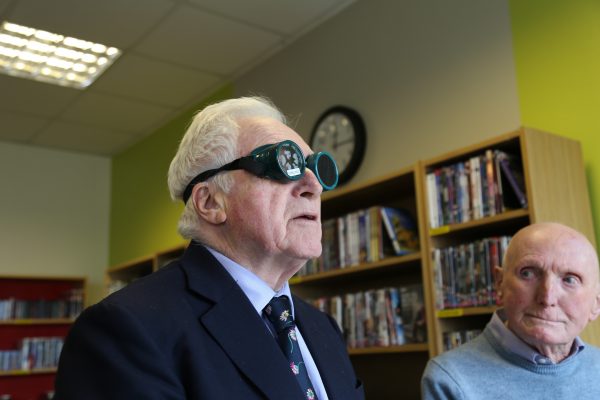 “We have tried to make it as easy as possible for everyone to use this new library. For those with some usable vision, the various sections are separated by big block colours – red for crime, blue for non-fiction for example. These sections are then separated with tactile dividers that allow those to feel their way around.”

“Obviously our audio books are very popular for people to borrow, particularly the military histories and crime fiction but we also have people who borrow DVDs. There is even a record player with over 200 78rpm records to enjoy that were donated by a very kind resident.

“We want to make it a space for people to do lots of things and be sociable. This is not a quiet library!”

One resident of the Blind Veterans UK centre in Brighton who is a regular library user is 97-year-old WWII veteran Jim Hooper.

“When you lose your sight there are lots of things that are hard but I found not being able to read particularly devastating. That’s why this new library is such a godsend to blind veterans like me.”

“One of the things that he talked to me about was how he’d signed up to receive talking books from the county library but was getting sent lots that he had no interest in reading. It was a lot of romances and he really enjoyed his military history.

“It made me want to help Len, which I did, but also made me realise the difference that being able to have access to simple things like the books you want to read makes. He was really down when I first started visiting and I saw the change in him. A good book that you’re really engaged in can make a small world a bit bigger.”

The new library is supported by volunteers and the audiobooks have all been donated. Those who wish to make an audiobook donation can contact the Blind Veterans UK Brighton Centre on 01273 307811.

Blind Veterans UK currently supports more blind veterans than ever before in the charity’s history, but it knows there are many more who still need its support to rebuild their lives following their sight loss. The charity has a dedicated community team in Sussex who provide support including training, equipment and social events for vision-impaired ex-Service men and women in the local area. Find out more about the charity’s work at blindveterans.org.uk.