You are here: Home / News / News / Deep Sadness as The Duke of Edinburgh dies

Deep Sadness as The Duke of Edinburgh dies

The Taxi Charity has very special memories of the kindness and warmth Prince Philip, showed veterans at their event in Worthing in 1979 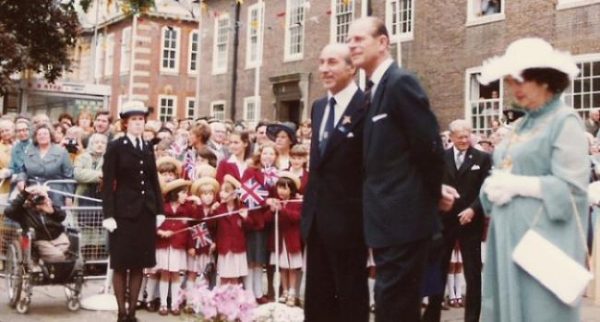 In the summer of 1979, the Taxi Charity was delighted that The Prince Philip, the Duke of Edinburgh agreed to be guest of honour at the charity’s annual visit to the seaside town of Worthing. The charity has been taking veterans to the seaside town every year since 1948, but this was the first time that a senior member of the Royal Family had joined the hundreds of veterans at their much-loved annual event.

“We are deeply saddened at the death of the Duke of Edinburgh.  His attendance at the Worthing visit over 40 years ago was a seminal moment for the Taxi Charity and is still talked about.  On behalf of everyone associated with the charity, I offer our heartfelt condolences to Her Majesty and the Royal Family.”

Prince Philip joined the British Royal Navy in 1939 and during the second world war served in the Mediterranean and Pacific Fleets.

“During the war I was posted in the Adriatic and Burma and my Officer did some training with Prince Philip after the war. I love being part of the Taxi Charity family and receive regular cards and newsletters through the post. I wasn’t in Worthing in 1979 as I didn’t find out about the charity until recently, but I bet the lads had a great time meeting The Duke.”

“I was the photographer for the Taxi Charity in 1979 in Worthing Town Hall. I was using a 35mm camera with a roll film and at one stage asked Prince Philip to step back a little so that I could get him in the shot. He smiled and duly obliged. Prince Philip entertained the room with his speech, and he referenced owning and driving an old Metro Taxi and commented ‘you bloody taxi drivers keep cutting me up’. After the speech he worked the room and talked to as many veterans as he was able before catching up with the charity committee and posing for a photograph.”

“What an amazing year 1979 must have been for all the veterans, cabbies and volunteers who were in Worthing when Prince Philip was the guest of honour at the Taxi Charity event. To be joined by a senior member of the Royal Family, who was also a WWII veteran, must have been a special day for everyone associated with the charity and indeed for Worthing too.”