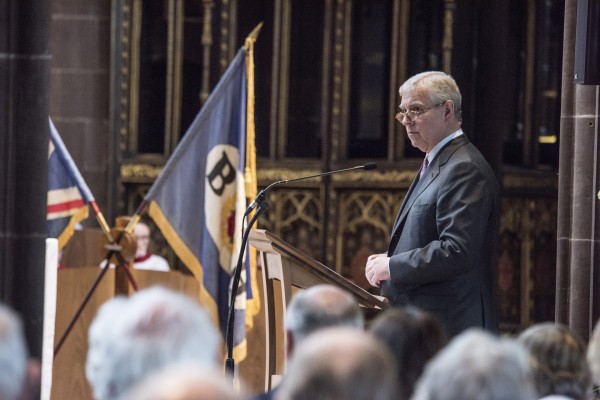 The Duke of York has attended a service which celebrated the centenary of Broughton House, the Salford home for ex-servicemen and women.

The Duke attended the service at Manchester Cathedral in his role as patron of Broughton House, and read a lesson from the Gospel of St Matthew.

More than 800 people from across the region were at the event, including Warren Smith, the Lord-Lieutenant of Greater Manchester, civic dignitaries and representatives from the Ministry of Defence and service charities.

After the service, The Duke met and chatted with veterans and staff from Broughton House.

The service was led by the Dean of Manchester, the Very Reverend Rogers Govender, who paid tribute to the vision of Col Sir William Coates, a surgeon who established Broughton House in response to the casualties after the First World War and lack of hospital beds in the area. 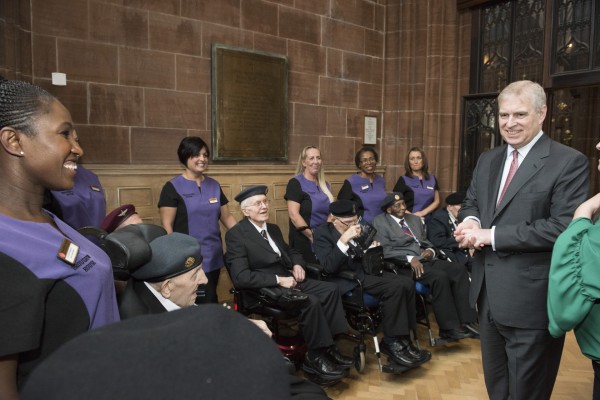 “Since the arrival of its first patient, Private Charlie Fox of the Fourth Kings Rifles, until this present day, Broughton House has continued to provide nursing and residential care for ex-service personnel from the Royal Navy, Army, Royal Air Force and Merchant Navy,” said the Dean.

“As we celebrate today, so we look back over those 100 years of love and care, being thankful for all that has gone before.

“We also look forward with anticipation and hope for the next stage in the history of Broughton House as new developments for its future start to take shape and become a reality.”

The Revd Canon Lisa Battye and Broughton House chairman Sir Netar Mallick led prayers and the Rt Rev Mark Davies, Bishop of Middleton, gave a blessing. The cathedral choir performed and the congregation sang a number of hymns. Music was provided by the band of the Royal Regiment of Fusiliers (Lancashire).

The Revd Dr David Coulter, who is chaplain general to HM Land Forces, gave a sermon in which he said Broughton House was precious.

“It is a place where residents can be well cared for by others who seek to serve those who served us,” he added.

Broughton House is planning to begin a £10m redevelopment project in the summer which will see it transformed into the Veterans Care Village of Greater Manchester.

The attached photographs show The Duke of York reading the lesson at the Manchester Cathedral service and chatting with staff and veterans from Broughton House.