You are here: Home / News / News / Eddie Hillery announced as new President of The Taxi Charity for Military Veterans

The Taxi Charity for Military Veterans is delighted to announce that Eddie Hillery has been appointed President. Eddie has been involved with the Taxi Charity since 2008, and as a veteran and a retired taxi driver was the natural choice for this role.

In 1954, aged 18, Eddie was called up under the National Service Act. He joined the Royal Signals at Catterick in Yorkshire and trained as a wireless operator. He volunteered for airborne forces, transferred and trained as a parachutist and served the remainder of his service with 16th Independent Parachute Brigade Signals Squadron until 1956. After a few years in different driving roles, Eddie signed up for The Knowledge in 1965 and became a qualified taxi driver in 1966. He spent 42 years as a London taxi driver and was a founder member of the Licensed Taxi Drivers Association (LTDA). He became a Taxi Charity volunteer in 2008, supporting the bucket collections at stations throughout London, and has been an active charity committee member since 2013. 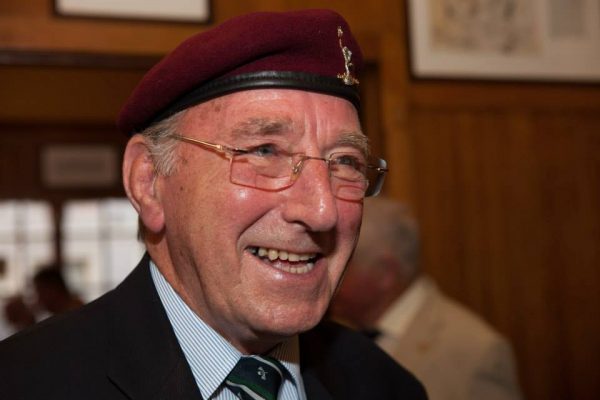 Gary Belsey, Chairman of the Taxi Charity, said: “As a long serving charity volunteer, veteran and an ex cab driver Eddie was the obvious choice for President. We are delighted that he is in post as we begin 2019 and the important 75th anniversary year of the D-Day Landings.”

To fund and facilitate these outings, the charity is wholly reliant on generous donations from members of the public, businesses and trusts and the amazing group of London licensed taxi drivers who offer their time and vehicles free. Click here for more information.