A local veteran from Southampton is taking his fundraising to new heights after Covid-19 put a stop to his efforts for SSAFA, the Armed Forces charity. 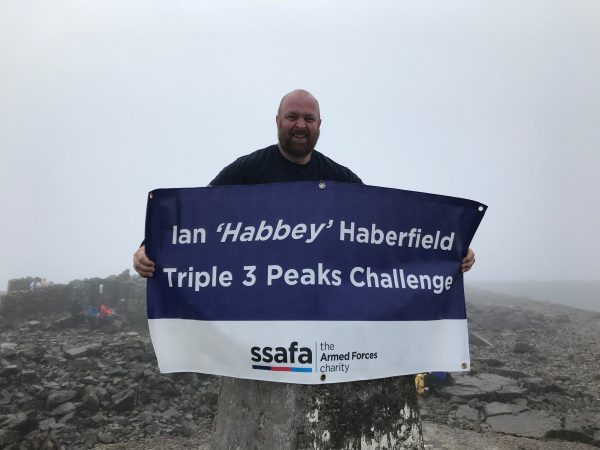 Ian Haberfield, 41, from Southampton, has plans to trek the three highest peaks in the Balkans this summer, as well as the London Marathon and the Landmarks Half Marathon in 2021 to raise much needed funds for the Armed Forces charity.

Ian, a former Helicopter Communications Specialist, attempted a new challenge he made up titled The Triple Three Peaks challenge in October 2020, climbing 7 out of the 9 highest peaks across England, Scotland and Wales, in aid of SSAFA.

Ian said: “The Covid-19 pandemic and lockdown meant that many of my planned fundraising activities had to be cancelled, such as the London Marathon 2020. I completed the Triple Three Peaks challenge with a friend to keep fundraising for SSAFA and train for the big events I have planned in 2021”

If you would like to support Ian, please visit https://www.justgiving.com/fundraising/ian-haberfield