You are here: Home / News / News / Everest hero to tell his inspiring story at RGS talk

Everest hero to tell his inspiring story at RGS talk 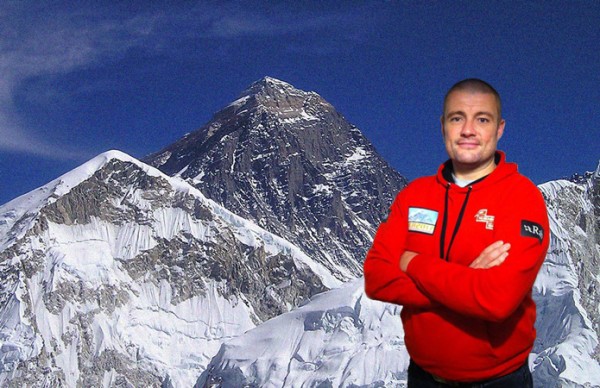 Veteran Les Binns, who served for 13 years with the Light Dragoons and lost his sight in one eye after an IED explosion in 2009, will be returning to Everest later this year for a second attempt to conquer the legendary summit.

In May 2016, Les decided to climb Mount Everest, an incredible challenge for a visually-impaired climber. He was just 500 metres from the summit when he encountered a climber in severe difficulty. Deciding that Sunita Hazra’s life was more important than his ambition to reach the summit, he abandoned his attempt and managed to get her safely back to Camp 4.