You are here: Home / News / News / Every Poppy Counts: The Royal British Legion urges people to show their support for the Poppy Appeal in a new way during the Covid-19 pandemic

Every Poppy Counts: The Royal British Legion urges people to show their support for the Poppy Appeal in a new way during the Covid-19 pandemic 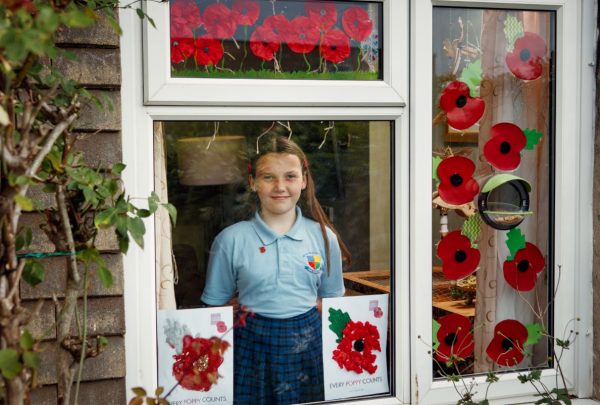 Reflecting the change in what people’s homes and streets have come to mean to them during the Covid-19 pandemic, the series of portraits tell the stories of real people for whom every poppy counts this year. Barry and Tricia Oldham, who feature in the campaign, have been collecting for the Poppy Appeal in their local village for ten years. Both in their 70s, the couple are now shielding and unable to offer their usual support. Nonetheless they have rallied their local community and are encouraging their friends and neighbours to get behind the campaign digitally and make their donations online. 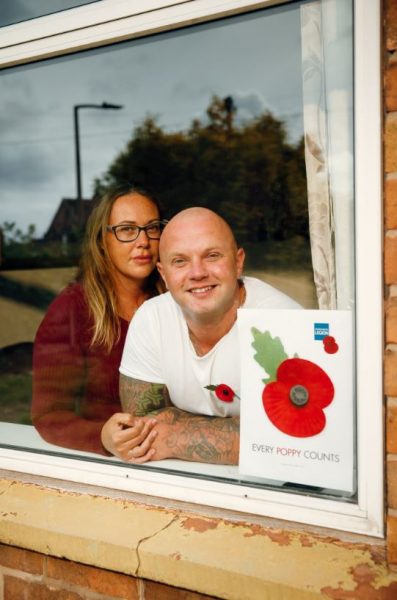 Also featured in the campaign is 29 year old Lawrence Philips, a former soldier who credits the Legion with saving his life during the pandemic. Pictured with his fiancée Danielle, the couple benefited from money raised by the Poppy Appeal when Lawrence received vital support from the Legion whilst he was unemployed and struggling with serious debts. 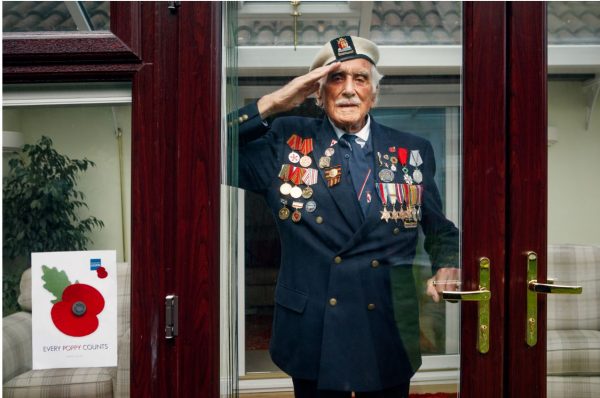 Like so many things The Royal British Legion’s Poppy Appeal has had to adapt to the threat of Covid-19 this year. With some people unable to leave their homes as they normally would to find a poppy, and with many of the charity’s collectors unable to carry out face to face collections, the Legion is calling on the public to back the Appeal like never before as it unveils a range of new ways for people to show their support remotely. 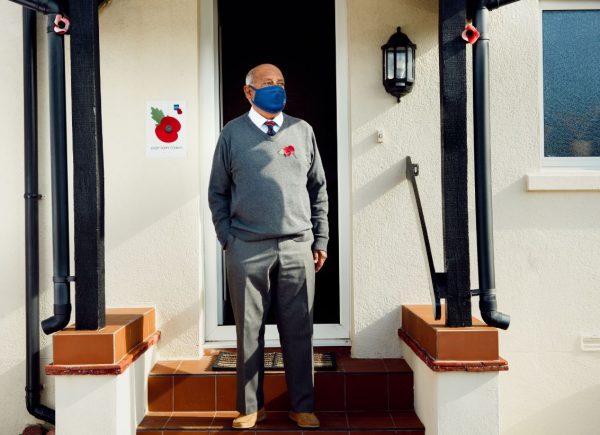 From donating for poppies through the post for their neighbours and local community, displaying a poppy in their window, donating online or undertaking a virtual Poppy run, the Legion has introduced a number of options for people to support the Poppy Appeal from home in line with Covid-19 restrictions.

“In a year where our homes and streets have developed new meaning for us all, and with many people not able to donate in their usual way, we are bringing the Poppy Appeal 2020 right to the hearts of individuals, families and communities across the UK with a variety of ways for people to get involved, whatever their circumstances.

“Whilst the Covid-19 pandemic undoubtedly makes running the Appeal more difficult, the additional hardships it has brought about means our work is now more vital than ever. The pandemic has had a devastating impact on people’s livelihoods and way of life, leaving some in the Armed Forces community in dire need of urgent help and support. We are seeing people struggling to cope with the loss of loved ones, facing homelessness and unemployment, and battling mental health issues.

“Every poppy makes a difference to the lives of our Armed Forces community. Whilst you may have to do something different to support the Poppy Appeal this year, every poppy counts so we’re asking people to please support us in any way you can.” 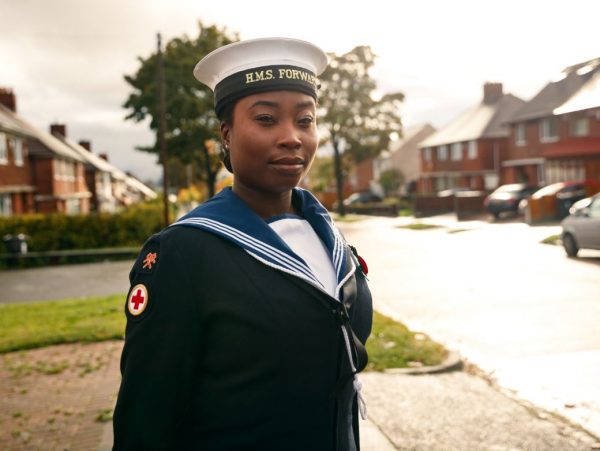 RAF Doctor, Flight Lieutenant Samantha Rawlinson, who worked for the NHS during the second phase of the pandemic in Intensive Care wards at Birmingham Queen Elizabeth Hospital, and is featured in the Poppy Appeal launch portraits, said:

“The need for the Poppy Appeal hasn’t gone away just because there are fewer collectors on the streets this year. I have seen the impact of the pandemic first-hand, and know how important it is for those within the Armed Forces community who are in need to have organisations like The Royal British Legion to turn to. The Legion does so much for the Armed Forces community, from the eldest Second World War veteran to much younger veterans and current serving personnel. The services they provide are still desperately needed which is why it’s so important for people to show their support.”

A variety of cashless donation options are available for paper poppies and other poppy products this year, including QR codes, text to donate, and contactless devices, to ensure the safety of those collecting and those choosing to donate in person. More than 15 million paper poppies will be distributed in supermarkets including Sainsbury’s, Tesco, Morrisons, Aldi and Asda stores as well as via online retailers including the Poppy Shop, Amazon and eBay. Customers will also be able to donate at the till point in Sainsbury’s and Morrisons.

The Royal British Legion’s annual Poppy Appeal takes place from 22 October until Armistice Day on 11 November. Donations raised during this vital fundraising period are used to provide life-long support to serving and ex-serving members of the British Armed Forces, their families and dependants through hardships, injuries and bereavements.

Throughout this year’s Poppy Appeal the Legion is celebrating the contribution of every member of the Armed Forces from the Second World War generation who stepped up to defend our way of life 75 years ago, to today’s Armed Forces who, once again, have been there during a time of national crisis standing alongside essential workers on the front line in the fight against Covid-19.

Second World War Veteran Bill Taylor who was on board the cruiser HMS Emerald defending the D-Day beaches, and is also featured in the launch images said:

“This year has been very tough having been unable to go out, meet with friends and mark significant anniversaries. However, I admire those who have been on the front line dealing with this terrible virus day-to-day, they have shown the same sense of duty that my generation did during the Second World War, they are the ones now protecting our society. So, although I won’t be able to march up to the local memorial this year to remember those we have lost, I will proudly observe the silence on my doorstep and wear my poppy, as I do every year, with pride.”

More information on ways to support can be found at www.rbl.org.uk/poppyappeal