This week, Forces News launched an explosive new YouTube series, Exercise Rattlesnake, which gives a rare in-depth look at one of the world’s biggest, most hardcore military exercises this year, designed to test UK and US troops to their absolute limits. 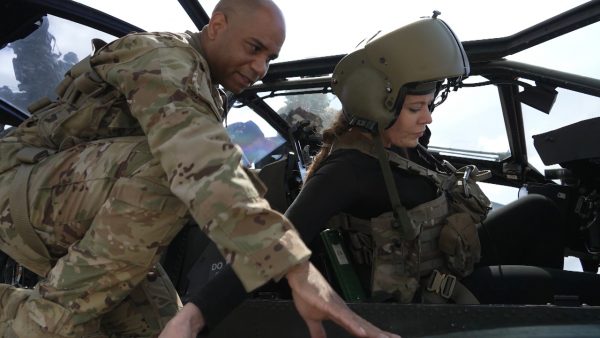 This series of seven short programmes, follow the Welsh Cavalry, 1st The Queen’s Dragoon Guards as they take part in this exclusive military exercise, facing a series of gruelling tests at one of the US Army’s three elite training centres in the world in Louisiana, on a dangerous training area known as the ‘The Box’. Once inside they are there for 12 days.

“We stretch you to the point where we can see all your holes.”

To ensure an authentic experience, playing the battlegroup’s enemy in Exercise Rattlesnake is a highly trained local force called ‘Geronimo’, used to winning in battle, familiar with the terrain, and who call themselves “the most hated unit in the United States Army”.

But it’s not just the enemy they face, the environment has alligators, wild boar, poison ivy and black widow spiders, not to mention the swamps. Plus, there are six extremely poisonous snakes in this area, and according to Sergeant 1st Class Michael Angel from Operations Group, JRTC, “the cottonmouth likes to chase soldiers”.

Later in the series Apache attack helicopters are flown in from Fort Drum in New York to be used as part of the exercise, and Forces News journalist Sian Grzeszczyk is the first British journalist to be granted special access to fly in one by the US Army.