You are here: Home / News / News / Exeter man to climb Everest Base Camp with blind friend

Exeter man to climb Everest Base Camp with blind friend 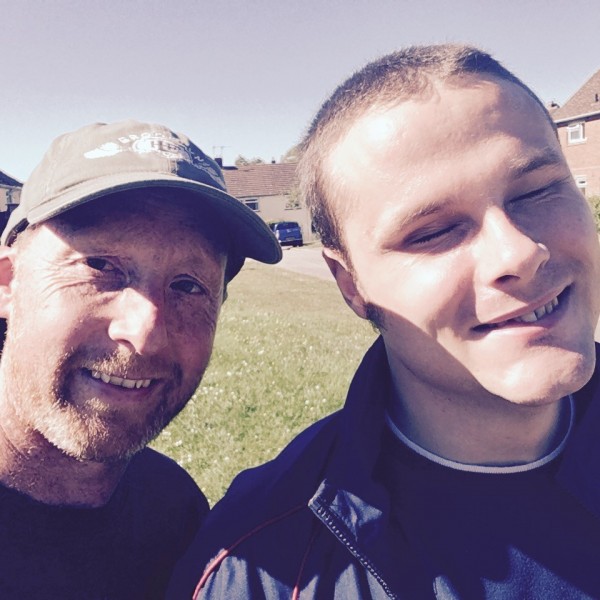 A Senior enabler from Exeter is preparing to climb Everest Base Camp with a blind colleague, with part of the money raised going to Blind Veterans UK, the national charity for vision-impaired ex-Service men and women.

Steve Parfit, 45 and from Exminster, will be attempting the 17,600ft climb on February 1, with the entire trek expected to take 17 days. He says: “To be honest I’m not really sure why I signed up to it! I am excited, but I’d be lying if I said I wasn’t pretty nervous too!”

Steve and his friend, Stuart, who is completely blind, both work at The WESC Foundation, a specialist centre for young people and adults with vision-impairment in Exeter.

Steve explains: “Stuart’s got an incredibly infectious go get ‘em attitude, so once he’d heard of another blind chap who’d climbed all the way to the top of Mt. Everest, there was no stopping him.

“When he initially suggested it to me I told him where he could get off! Eventually we started looking at Base Camp as an option; admittedly more of a trek than a climb but still a brutal test against the elements.”

Steve is himself aware of the work that Blind Veterans UK does in providing free, lifelong support to veterans with sight loss. He explains: “My father, Gerald, began receiving the support of Blind Veterans UK in 2010. He Served in the Second World War and began losing his sight in the 1980s. They’re very good with him and provide him with an awful lot of support.

“In 2015 he was invited to their Buckingham Palace Garden Party with my mother, it was an incredible experience for them.”

For Steve and Stuart, it’s a now just case of getting the miles in and raising as much money as they can. He explains: “It’s an enormous challenge so we need to make sure we train as much as possible. We’ll be going on lots of walks to places like Dartmouth which will help me get used to guiding Stuart. Unfortunately my wife won’t let me jet off anywhere too exotic!

“As far as fundraising goes it’s early days. We’re currently looking into a few different fundraising ideas so there’ll be plenty of opportunities for friends and families to get involved!”

Steve and Stuart will be donating the money they raise to Blind Veteran UK, the WESC Foundation and The Nayamba Trust. You can support them by visiting: virginmoneygiving.com/showFundraiserProfilePage.action?userUrl=blindclimb18.

Blind Veterans UK currently supports over 4,500 veterans, more than ever before in the charity’s history. The charity has set an ambitious target to double the number of veterans receiving its life changing support by 2022.