Five work colleagues from Martin & Co at The Moor are planning to run more than 180 kilometres in a series of marathon events next year in aid of Turn to Starboard. 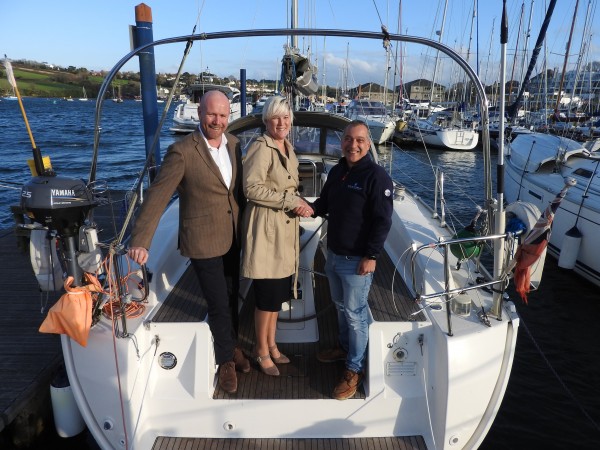 Staff will put on their running shoes for the Bath Half Marathon, London Marathon and the Half Marathon des Sables – a 120km challenge spread over 3 days in the heart of Fuerteventura’s desert, the largest island of the Canaries in Spain.

All funds raised from the events will go to the Falmouth-based charity that uses sail training to support Armed Forces personnel affected by military operations. The organisation has been nominated the estate agency’s chosen charity for 2019.

Jon Sampson, Managing Director at Martin & Co, said: “We are very proud to support Turn to Starboard, a local innovative charity that provides much needed support to individuals affected by military operations.

“Having served over 25 years in the Royal Navy, I have had the honour to work with some incredible people that have given so much throughout their careers and deserve some inspirational support both during their Service life and as veterans. My wife and business partner Felicia is also a keen sailor who has experienced first-hand the joys and benefits that sailing brings, albeit in slightly warmer weather!

“We hope that by taking part in these and other challenges throughout next year, we can help to raise much-needed funds for the charity while raising awareness of the challenges some veterans can face as they transition from military to civilian life.”

Launched in 2014, Turn to Starboard use sail training to help Armed Forces personnel gain sailing qualifications and start new careers in the marine industry. The charity recently reached its own key milestone by providing 2,000 sailing opportunities to injured veterans and their families since launching four years ago.

Turn to Starboard CEO and founder, Shaun Pascoe, said: “We are absolutely delighted that the team at Martin & Co are giving their time and energy to support Turn to Starboard, and to be chosen as their charity partner for next year.

“We wish them every success with these tough challenges and thank everyone involved for their generosity in helping us support those affected by military operations.”

To sponsor the runners, visit mydonate.bt.com/teams/martinandco.