You are here: Home / News / News / ‘My grandfather recognised the responsibility we have to care for the RAF Family’ 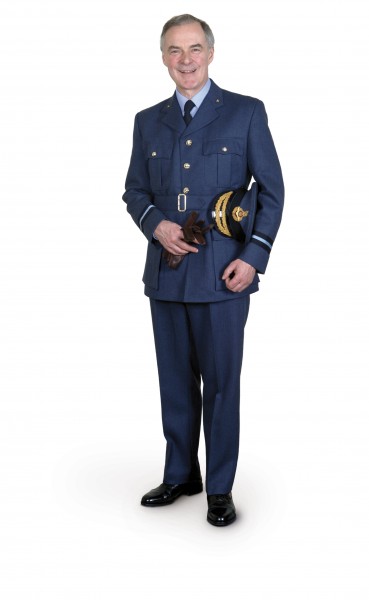 My grandfather, Hugh Trenchard, the first Viscount Trenchard, often called the Founder of the RAF, became its first Chief of the Air Staff on its formation on April 1 1918.

The new service was revolutionary: it sought its officers and men from all backgrounds, with my grandfather wanting the very finest people for the fledgling force, whether they were the sons of dukes or dustmen. It was not their background that was important, it was their ability.

The centenary of the RAF is a chance for the nation to reconnect with the airmen and airwomen who defended this country in its most perilous moments, to honour their dedication, commitment and bravery and to reflect on how these qualities endure in the RAF today.

In an appeal on behalf of the Fund in 1951, Winston Churchill reminded the nation of ‘the debt we owe’ to those who served in the RAF during the Second World War. On this 100th anniversary, it is wonderful to see the nation come together once again to acknowledge the debt we owe today, just like our forebears did all those years ago.

Right from the start, my grandfather believed that there is a responsibility to care for members of the RAF Family who are in need. And so in 1919, he set up a small fund to provide welfare assistance – the RAF Benevolent Fund which would sit at the heart of the RAF Family. That role has not changed in 99 years and the Fund continues to stand side by side with the RAF. From its modest beginnings in 1919, the Fund has grown to become the leading welfare charity for the RAF, assisting 55,000 family members in 2017.

The RAF has always had an extraordinarily strong feeling of pride and loyalty – espirit de corps – and with that pride may come a reluctance to ask for help. If you are (or know of) a serving or veteran member of the RAF Family going through a difficult time, I encourage you to get in touch with the RAF Benevolent Fund; this applies to partners and dependent children also.

Please know that the RAF Benevolent Fund and its supporters are here for you, always. Please call 0800 169 2942 or email welfareservices@rafbf.org.uk