A group of young flying enthusiasts have taken their first steps to becoming pilots with the help of Royal Air Forces Association Flying Scholarships.

The Association, which this year celebrated its 100th Flying Scholar, rewards candidates for their community fundraising and welfare work. Five people were awarded 12-hour flying courses, and one outstanding applicant received 35 hours of lessons. All the candidates undertook their courses at South Warwickshire Flying School.

One of the recipients, Jack Oliphant (19) from Seafield, West Lothian, who is an RAF Air Cadet at 1271 Squadron (Bathgate), said: “It’s my life ambition to fly for the RAF, and I’ve now taken a step in the right direction. After only nine-and-a-half hours out of my 12, I was allowed to take the controls of a Cessna 152, and the experience was truly out of this world!”

Another of the scholars, RAF Air Cadet James Gordon (18) from Solihull, West Midlands, had the unusual honour of flying an aircraft before he had driven a car.

James, who is a Cadet at 492 Squadron (Solihull), said: “It was the best experience of my life so far. I know for sure that without this scholarship, I would have been unable to fly solo before driving a car, something that amazes me.”

The winner of the 35-hour course, and the 100th scholar since the scheme began, was Akinme Akingbade, an Air Cadet at 370 Squadron (North Sheffield). He said: “When I heard I had won the scholarship, my mum was screaming down the phone at me – she was so happy!

“Having now had practical flying experience, I hope to fly for a career or as a hobby in the future. Maybe I’ll join the RAF!”

Molly Henson, who co-ordinated the 2018 scholarships, said: “We’re thrilled that the six successful candidates had the opportunity to get up in the air and undertake this training. It sounds like they all had a lot fun.”

Applications are now being accepted for 2019. Molly continued: “Entrants don’t have to be the next fast-jet pilot! Primarily, we’re looking to reward Cadets and Scouts’ commitment to our organisation. Of course, an ability to follow instructions and demonstrate commitment to their goal is essential.”

She added that the charity was particularly keen to hear from young people who may not otherwise have an opportunity to learn to fly.

The Royal Air Forces Association, which provides welfare support to the RAF family, launched its scholarship programme in 2008. It is open to the RAF Air Cadets, which includes the Air Training Corps (ATC) and the Combined Cadet Force (RAF), and the Girls Venture Corps Air Cadets (GVCAC). In 2016, the scheme was broadened to include members of the Air Scouts/Air Explorer Scouts.

One of the successful applicants will receive 35 hours of training in a light aircraft, and, depending on their rate of progress, could earn their Light Aircraft Pilot Licence. The eleven runners-up will each receive 12 hours’ training.

The application form, along with full terms and conditions, can be downloaded from www.rafa.org.uk/flying-scholarships. The closing date for applications is 31 January 2019. 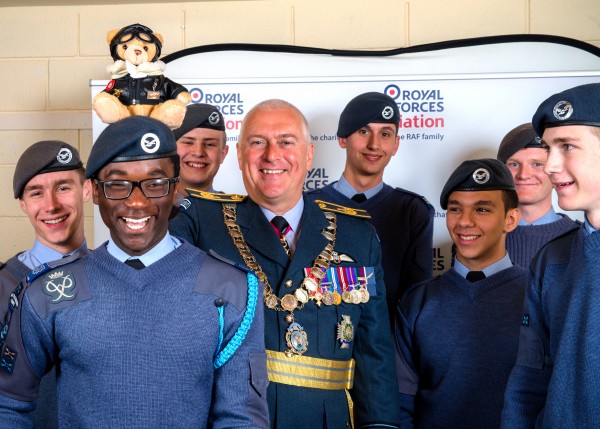 Our membership of more than 72,000 includes serving RAF personnel, veterans and members of the public who want to show their support for the work that we do.

Across the UK in 2017 the Association carried out more than 115,000 welfare contacts, calls and visits, helped tell thousands of bedtime stories to children whose parents were away on operations, and gave tailored holidays to 2,500 RAF veterans, widows and family at our Wings Breaks hotels. Our support ranges from simply providing conversation and friendship to preparing and submitting application forms for financial assistance.