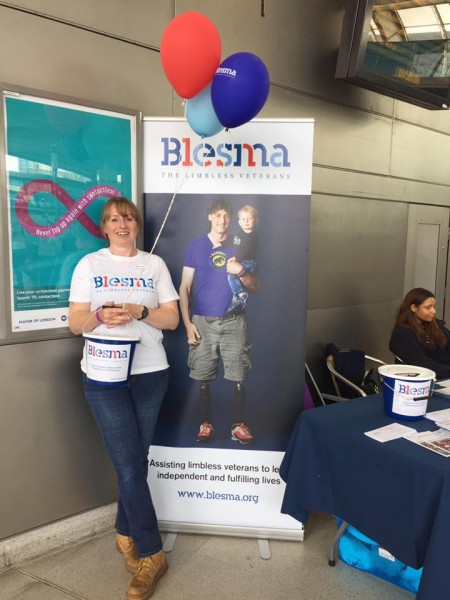 A former Royal Military Policewoman is running 880 miles to raise money for Blesma, the Limbless Veterans.

Suzanne Turner, 44, from Chartridge, Buckinghamshire is running from John O’Groats to Lands’ end in 21 days to raise money for wounded veterans.

“I’d thought about doing it two years ago but suffered from clinical depression so talked myself out of it,” said Suzanne. “By chance I went to a leadership seminar and a guy said he had completed it. I spoke to him after the seminar and he encouraged me to do it.”

Suzanna served in the Royal Military Police for ten years, serving in Germany, Bosnia, Northern Ireland and Diego Garcia. It was her Military connection that lead her to fundraiser for Blesma.

“I served with Blesma’s Support Officer for Prosthetics, Brian Chenier and was always seeing him post on Facebook about the charity. Their work is vital to helping servicemen after army treatment has ended and helping them back to a normal life. I wanted to help and give something back too.”

Suzanne has been using the hilling countryside of Chiltern Hills to train for the challenge.