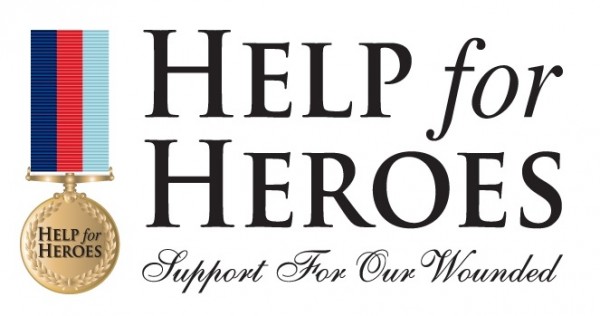 • New survey reveals the true cost of stigma on Veterans living with psychological wounds, with 30% stating they have never accessed support and an average 4-year delay for those that have

• Iconic buildings across the country will light up in support of Veterans, including the Houses of Parliament and Cardiff Castle

• Photos will be made available from approx. 1830

This evening, Monday 21st January, known as Blue Monday (the “most depressing” day of the year), will see the Stigma Clock projected onto the Tower of London in support of these Veterans, and a livestream of the launch at CutTheClock.com.

The Stigma Clock will be switched on by England Rugby World Cup winner and TV star, Matt Dawson, who has dealt with various difficult injuries during and after his sporting career.

The Houses of Parliament and Cardiff Castle will also be lighting up to support the campaign and military mental health.

The campaign comes as new survey results commissioned by Help for Heroes reveal that Armed Forces Veterans are delaying asking for help with their mental health (including PTSD) for almost four years partly due to believing civilian services will not understand or support them (28%) and a fear of being treated differently by friends (25%) and family (19%).

One veteran who was affected by stigma is Mark Beckham. For nearly two decades, Mark battled to keep his mental health issues under wraps. Despite being deeply affected by the things he had witnessed whilst serving in Kosovo in 1999 with The Royal Anglian Regiment, it wasn’t until 2016 that Mark found himself at the end of his tether, barely able to function after spending years suffering a gradual decline in the way he felt:

“I am proud to stand up and call time on the stigma of mental health with Help for Heroes. For me 16 years of inner destruction passed before I had help. I wouldn’t want anyone else to suffer so long. I cannot thank the public enough for recognising this and getting behind it so Help for Heroes can continue their amazing work helping people like me.”

“Mark’s story is the reality for thousands of military personnel. Veterans are not accessing mental health support when they need it and we believe this needs to change. Our campaign is asking the nation to call time of stigma and to let those who have served their country know it’s ok to ask for help. We need the communities support to help us fund vital programmes to ensure we can continue to be there and respond quickly when Veterans do take that big step and ask for support.”

The projection is being shown across the capital this evening to highlight the 4-year wait, asking the public to share, donate or fundraise in support of wounded, injured and sick Veterans like Mark.

With every pound donated, every retweet, like or share on social media the public can help lessen the stigma and actively cut the time veterans are taking to seek help for psychological wounds.

Figures, unless otherwise stated, are from YouGov Plc. Total sample size was 10,444 adults, of which 189 had served in the Armed Forces and had experienced difficulties with mental health. Fieldwork was undertaken between 7 to 13 December 2018. The survey was carried out online. The figures have been weighted and are representative of all GB adults (aged 18+).

Help for Heroes helped 4,194 additional wounded, injured and sick individuals between Aug 2017 and Aug 2018 with their physical and mental wellbeing. Of these, 881 accessed support from our Psychological Wellbeing service.

Outcomes show that depression, anxiety and anger symptoms all reduced, and anger management improved, amongst those who accessed Help for Heroes’ Hidden Wounds programme.

All of the courses and activities delivered by Help for Heroes are designed to benefit the psychological and physical wellbeing of wounded, injured and sick Veterans and Service Personnel.

The campaign was created by Help for Heroes in collaboration with McCann London and McCann Enterprise.