You are here: Home / News / News / Fundraising Cab Drivers to Row the Atlantic

A group of four fundraising London Cab Drivers plan to row 3,200 miles across the Atlantic to raise £12,000 for charity. 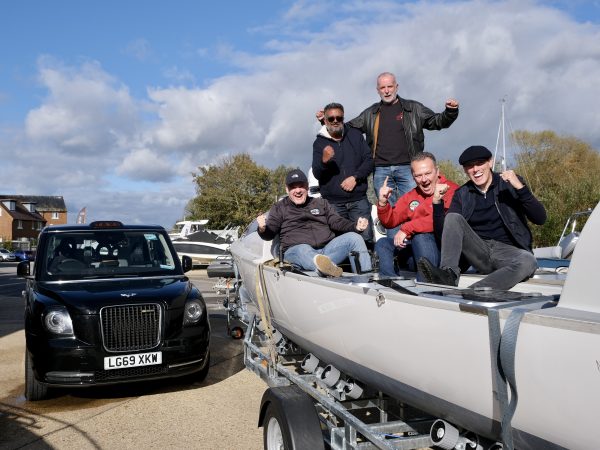 In 2023 a group of four London cab drivers will attempt to row, 3,200 miles from Lanzarote to Antigua to raise money for The Taxi Charity for Military Veterans, The Stroke Association, and a Tanzanian orphanage.

Cabbies, Daren Parr 55,  John Dillane 57, Bob Barber 56  and Stuart Lockhart 49 have already raised over £25,000, for good causes, but this challenge is in another league and will push the team to their limit.

“The ‘Cabbies Do Kilimanjaro’ team began fundraising in 2019 and having done two climbs in Tanzania we wanted a much bigger test this time. So, our next challenge is a bit of a whopper to say the least. Rowing the Atlantic will certainly be an adventure, a mammoth challenge and will give us the experience of a lifetime. The team  will now be known as ‘Cabbies do Atlantic Row’ and our first job is a pretty important one, to learn how to row!”

“We will be unsupported at sea and ‘unsupported’ means exactly that. We will be rowing for about 60 days, two hours on, two hours off, 24 hours a day. Although we will have access to 24-hour medical support via a satellite phone, there’s no popping into A&E if we have an emergency. It could take up to 5 days for urgent help to arrive should we need it! We will need to consume 5000 calories a day and will lose about a stone during the challenge. Our food will come in dehydrated bags and will need to be re-hydrated as and when we need it. Everything we need will be on board including a sophisticated desalination unit. Removing salt from ocean water will be very important to us and will be our only source of water!”

“Our friend and fellow cab driver Rosh Varma, who originally came up with this mad idea,  had a stroke last year, his recovery has been slow so as well as fundraising for charity we  are doing this row for our mate Rosh, to raise the profile of strokes and to persuade other cabbies to consider  leading  healthier lifestyles.”

“In 2019 these cabbies raised £18,000 for us when they climbed Kilimanjaro, and in early 2022 they climbed Kilimanjaro and Meru and raised £7,000 for the London Taxi Drivers’ Charity for Children. This challenge is unbelievable, and I must admit I did think they were joking when they first told us of their plans. However, London Cab drivers are made of strong stuff, and I am confident that they will reach Antigua.”

To contact the Cabbies do Atlantic Row for more information, to donate or to sponsor the challenge email cabbiesdoatlanticrow@gmail.com