You are here: Home / News / News / Future generations to learn about the “Forgotten 51st”

Future generations to learn about the “Forgotten 51st”

It was a Second World War battle that led to 10,000 mainly Scottish soldiers being captured. The incredible bravery of the 51st Highland Division, which remained on the continent after the Dunkirk evacuations and were eventually captured at St Valéry-en-Caux, has largely been forgotten. Now, thanks to three leading Scottish Armed Forces charities, all school children in Scotland will be able to learn about this incredible story. 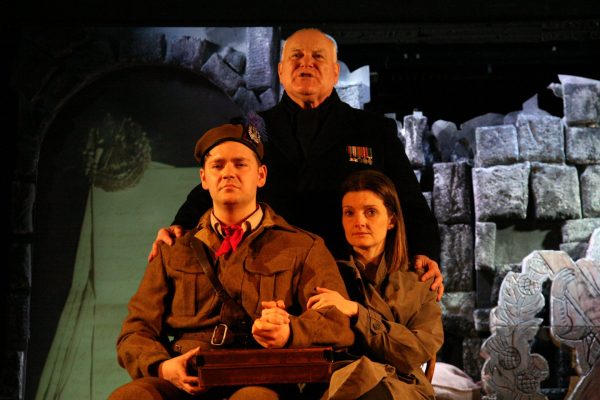 “Barely a town, village or hamlet in the Highlands was unaffected by the events at St Valéry in June 1940, yet many today are unaware of its significance.

“These new resources are an excellent addition to Poppyscotland’s already extensive learning programme. At a time when parents and carers are doing an incredible job to keep our young people learning at home, the St Valéry materials are an excellent additional resource, and offer fascinating insight into the events at St Valéry 80 years ago this week.

“My great-uncle fought there and spent five brutal years as a prisoner of war, so the forthcoming commemorations have added poignancy for me. While the 75th anniversary of VE Day was rightly at the forefront of national consciousness last month, it is equally important that we remember and learn about less triumphant periods in our history.”

As well as daily lesson plans, other significant learning events include an interactive Facebook Live lesson on Friday itself (11am) and two special broadcasts of critically acclaimed play The Beaches of St Valéry (Thursday, at 8pm and Friday at 3pm).

Written and directed by Dr Stuart Hepburn and starring Ron Donachie, James Rottger and Ashley Smith, it was first performed as part of ‘A Pie, A Pint and A Play’ at Glasgow’s Oran Mor in March. The play has been generously made free for young people and adults alike to enjoy as part of the 80th anniversary commemorations of St Valéry by all the artists involved.

Dr Hepburn, of the University of Stirling, said:

“I am absolutely delighted that The Beaches of St Valéry will form a central part of the 80th anniversary commemorations. Learning about St Valéry has been a passion of mine since 1999. The play began life as a film script and I went on to do a PHD on St Valéry, so it’s wonderful to see the remarkable story of the 51st Highland Division getting the national recognition it deserves.

“Many stories of those who fought at St Valéry went into creating the play, but it would not have been possible without the support of Arthur and Helaine Frazer, and the Frazer family, to whom I will be eternally grateful.”

Friday will mark the 80th anniversary of St Valéry, and, as well as the learning resources aimed at young people, there is an extensive programme of commemorative events taking place, too. These have been arranged by Poppyscotland, Legion Scotland and RCET: Scotland’s Armed Forces Children’s Charity.

Speaking ahead of the commemorations, Gordon Michie, the Head of Fundraising and Learning at Poppyscotland, said:

“St Valéry represents a hugely significant moment in our nation’s history, and it is vitally important that the bravery and sacrifice of the ‘Forgotten 51st’ is forgotten no more.

“We are incredibly grateful to Dr Stuart Hepburn and the wonderful cast for making the play available for us to use, and I would encourage young people and adults alike to tune in to the live broadcasts, both of which will be followed by a question and answer session with Stuart and the cast.”

At 10am, on 12th June 2020, pipers up and down Scotland and all over the world will take to their doorsteps to play Heroes of St Valéry. Pipers, and other musicians, of all ages and abilities are being invited to download the sheet music and learn the piece over the coming weeks. The public is being asked to support the St Valéry tribute through a fundraising campaign which will support the work of the three charities.”

The live broadcasts can be viewed at the following sites: