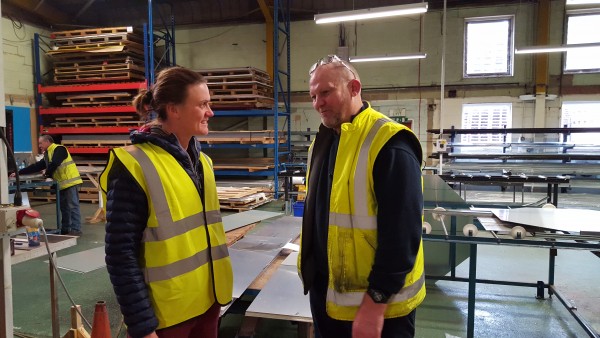 Heather, who won gold for Great Britain in the rowing at London 2012 and Rio 2016, visited RBLI and its Aylesford village to witness first-hand the range of services the charity offers to support the ex-military and disabled community into employment.

The 32-year-old, who serves in the Royal Artillery, first joined forces with the national charity last year when she led a brave bunch of ex-service men and women to the top of London’s 02 to launch Be Brave With Me – RBLI’s fundraising campaign devoted to helping veterans into work.

However Heather, who is set to return to the Army after announcing her retirement from rowing last year after a 10 year career, will take on the gruelling 26-mile challenge on 23rd April with the aim of raising £5,000 for RBLI.

She said she is proud to join forces with such a worthwhile charity.

She added: “In the experience I’ve had with the charity, starting the Be Brave With Me campaign and all the people I have met, the work they do is great. Seeing what they do for veterans and those with disabilities in their village and in their factory is something I fully support. 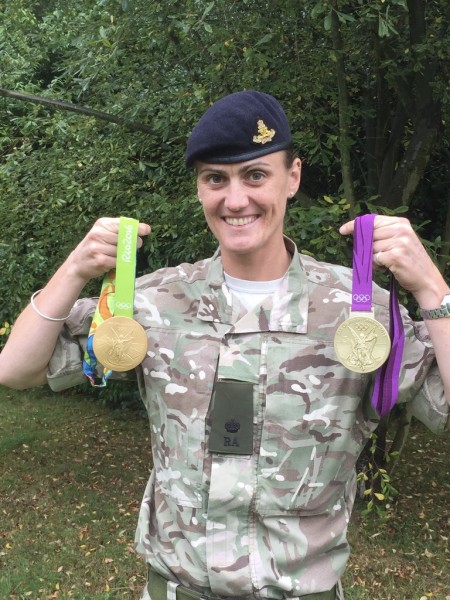 “Although I have been an endurance athlete for the past six years, I’m not used to running – I’m used to sitting down. Running is definitely out of my comfort zone but I jumped at the chance to take on the challenge especially for such a good cause. I have always wanted to run a marathon so to do it for RBLI is a privilege.”

RBLI’s chief executive Steve Sherry CMG OBE said it is an honour to have Heather supporting the charity.

Brigadier Sherry, who served in the Army for 38 years, added: “The money Heather raises will go directly to supporting veterans and individuals with health conditions and disabilities, giving them the tools they need to build on their existing skill set, find sustained employment and get their life back on track.

“This support may be delivered through our veteran employment support programme, LifeWorks, our various work programmes targeting the long-term unemployed or our social enterprise, Britain’s Bravest Manufacturing Company, which employs more than 100 people – 70% of whom have a service connection or disability or both.

“We are immensely proud to have the support of Heather at this year’s marathon and we wish her the very best of luck.”

To donate to Heather’s cause visit www.virginmoneygiving.com/heatherstanning and to learn more about Royal British Legion Industries visit www.rbli.co.uk.