Children’s Armed Forces charity, Scotty’s Little Soldiers has, for the first time, signed up as Gold Partner for the 2019 ultra-marathon races, HEINEKEN Race to the Tower and Race to the King.

The races organised by Threshold Sports, will take place in June 2019, and Scotty’s hopes as many participants as possible will sign up to help raise much needed funds for the children our fallen heroes left behind.

This year, the charity had great success with the Race to the Stones event. Also organised by Threshold, the charity raised over £8,000 through donations.

Founded by war widow Nikki Scott in 2010, Scotty’s Little Soldiers supports children across the UK. The charity was set up in memory of Nikki’s husband and father to her two children, Corporal Lee Scott, after he was killed in Afghanistan in 2009. The charity was also chosen by Prince Harry and Meghan Markle as one of seven charities to benefit from the Royal Wedding earlier this year.

The first race to take place on 8 and 9 June is the HEINKEN Race to the Tower. The double marathon takes challengers through the heart of the idyllic Cotswold. Starting at Hand Farm in Stroud, the Cotswold Way will take participants 52 miles, all the way to the foot of the magnificent Broadway Tower, past castles and the famous Cooper’s Hill.

Then on the 22 and 23 June is the Race to the King. A stunning 52 miles South Downs walk, jog or run, starting from Arundel and leading to the magnificent Winchester Cathedral. Challengers will enjoy panoramic views of the Ancient Weald of Southern England and the Queen Elizabeth Country Park along the route.

Both challenges are for all, inclusive of all ages, experience and fitness levels. Whether you’re a seasoned runner, patient plodder or weekend walker – choose to camp over the weekend or take on the full distance in one go.

Nikki Scott, founder of Scotty’s little Soldiers, said: “It is such an honour and opportunity for us to be a partner for such a great event. Following the success of this year’s Race to the Stones, we knew that being part of next year’s Threshold Trail Series was a must.

“Every penny raised allows us to continue the work we believe is so vital and provides support to bereaved Forces children which would otherwise be unavailable.”

For more information or to sign up and raise money for Scotty’s Little Soldiers visithttp://scottyslittlesoldiers.co.uk/threshold/. 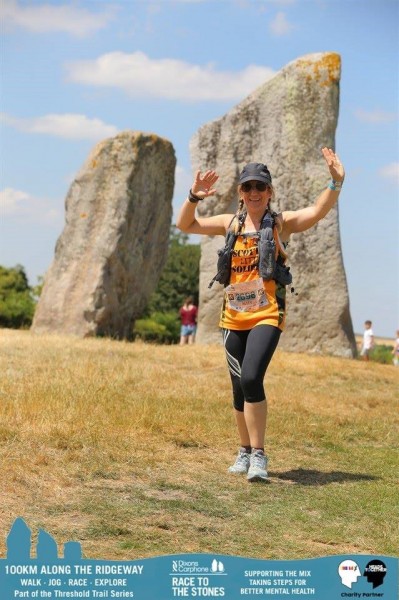 Scotty’s Little Soldiers, founded in 2010, honours Corporal Lee Scott’s memory – both as a loyal soldier and a loving father – and provides a practical yet personal way for the public at large to show their appreciation for those brave individuals who make the ultimate sacrifice in the service of their country. Currently Scotty’s Little Soldiers supports 345 bereaved children and runs a variety of programmes to help children smile again and look forward to a brighter future.

You can visit the charity online at http://www.scottyslittlesoldiers.co.uk/.