A great-grandfather is raising money for a veteran care village by clocking up 500 miles on foot over the summer months. 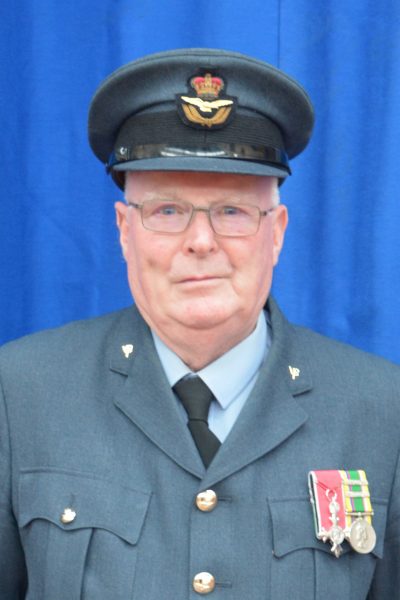 Come rain or shine, he can be seen pounding the streets around the Helmshore area of Rossendale.

He has so far chalked up 262 miles, averaging 4.5 miles per day, and aims to finish his mission by the end of August.

David, who lives in Haslingden, is a long-standing supporter of Broughton House and is heavily involved with a number of service organisations across the north west.

David, who has an MBE for his voluntary work with young people and service charities, is also a retired Deputy Lieutenant of Greater Manchester.

His involvement with the services traces back to 1954 when he joined the Air Training Corps, now known as the RAF Air Cadets.

Air Cadets usually collect money for Broughton House at the East Lancashire Railway’s 1940s weekend, but were unable to do so this year because of Covid-19.

David decided to undertake his marathon challenge to compensate, raising much-needed funds for the care home.

“It’s important to help local veterans and Broughton House is a fantastic place which provides great care and needs our support.”

The first stage of the redevelopment was completed last September, when veterans moved into a new three-storey building which has 32 residential and nursing care beds over two floors.

“We are incredibly fortunate and grateful to have the continued support of David, who has been a long-time advocate for Broughton House. We cannot thank him enough for completing all these miles to raise money for our veteran residents.”

You can support David’s fundraising mission by donating via https://www.justgiving.com/fundraising/david-forbes9