To mark Armed Forces Day, Scotty’s Little Soldiers has launched a campaign to reach hundreds of bereaved British Forces children and young people who aren’t getting the support they need. 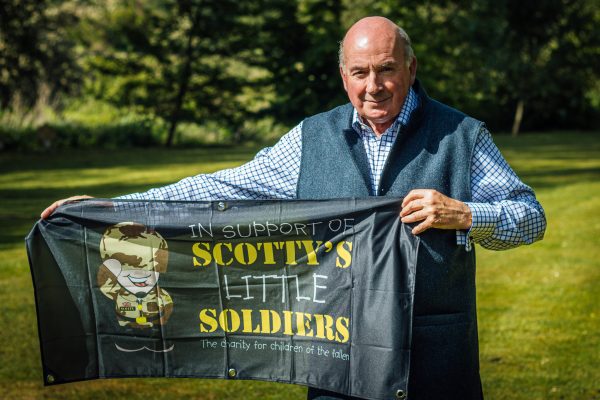 Former Head of the British Army, General Lord Dannatt, is fronting the campaign and calling on veterans, service personnel and anyone with military links to help find children who have experienced the death of a parent who served in the British Armed Forces.

“Hundreds of bereaved military children aren’t getting the support they need,” said Lord Dannatt. “Their parents served our country and regardless of the cause of their death, we owe it to these servicemen and women to look out for their children. The impact felt by these young people is profound and, without adequate support, challenges they face as a consequence of their parent’s death can spiral out of control.”

Scotty’s Little Soldiers is dedicated to providing guidance and support to bereaved military children and young people aged 0 to 25 throughout their childhood. The charity, founded by war widow Nikki Scott in 2010 following the death of her husband in Afghanistan, provides assistance to families from the British Army, Royal Navy and RAF, including both Regular and Reserve Forces.

“We know that it’s not easy for a bereaved family to reach out and ask for support, but we are here to help. At Scotty’s, we are able to provide tailored support to bereaved Forces children and help them feel connected to military community. We see daily the difference it makes to young people to know they aren’t alone.”

“We all have the power to make a difference to the life of a child. If you know a family who could benefit from support specific to a military child who has experienced the death of a parent, please tell them about Scotty’s Little Soldiers. If you don’t have a particular family in mind, then please help spread the word, as the person you tell may know someone who can be helped.”

In 2021, Scotty’s Little Soldiers supported over 500 children and young people. The charity aims to be supporting over 1000 bereaved military children by 2030.

For information on how you can #HelpFindTheirChildren, including simple downloadable assets that can be shared, go to: www.scottyslittlesoldiers.co.uk/veterans