You are here: Home / News / News / Hertfordshire blind veteran to march at Cenotaph on Remembrance Sunday

Hertfordshire blind veteran to march at Cenotaph on Remembrance Sunday 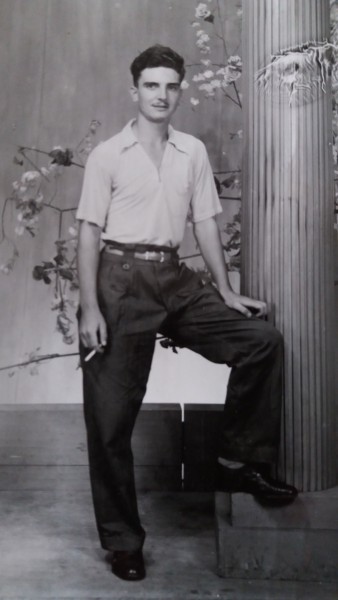 A blind veteran from Hertfordshire is set to march at the Cenotaph in London this Remembrance Sunday (12/11) with the charity Blind Veterans UK.

Ron Wells, 85 and from Watford, will be marching at the Cenotaph in London with more than 100 other blind veterans supported by Blind Veterans UK, the national charity for vision-impaired ex-Service men and women.

Ron says: “This will be my first year marching at the Cenotaph and it’s safe to say I’m extremely excited. My father was wounded at the Somme and I had a cousin who sadly lost his life in a parachuting attack, so for me, Remembrance is a time to think about family.”

Ron joined the Army in 1950 as part of his National Service. He says: “I undertook my training in Colchester and then did six weeks’ jungle training for Malaysia. I was only out there for six months as, unfortunately, I suffered a strained kidney in a judo accident.”

Ron was then sent back to Warminster and Bury St. Edmunds, before finishing his Service in Kingston Barracks Bedford. From 1952 he then served on a part-time basis in the Army Emergency Reserve. He was discharged in March 1955 as a Private and awarded a General Service Medal for his Service in Malaysia.

Ron reflects: “I think my time serving made a man of me. As soon as I came home, I got married to my wife, Kathleen, and we’re still happily married to this day!” 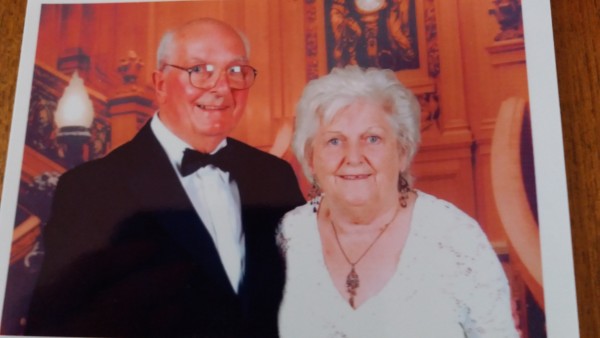 It wasn’t until 1978 that Ron’s sight began to rapidly deteriorate as a result of age-related macular degeneration. He explains: “By the time I got to 45 I noticed that there was something drastically wrong with my sight. I think I just took it in my stride really, as something that was a natural process of getting old.”

It was a chance encounter in hospital that led Ron to Blind Veterans UK. He explains: “I was waiting to see the eye specialist and there was a young lady there selling these magnifying glasses and various other pieces of equipment. It all looked fantastic but there was no way we could afford it. My wife was talking about asking the family to all pitch in when the lady asked me if I was in the army. I told her I did National Service and so she told me I’d be eligible for the support of Blind Veterans UK – I couldn’t believe it!”

“The charity has changed my life. The best thing has been the iPad and radio. I’ve got all my favourite programmes and stations on there.”

In addition to the equipment, Ron has been to the charity’s training and rehabilitation centre in Brighton twice.

Ron says: “I thought it was all absolutely brilliant. The number of things you’re told you can achieve, despite your sight loss, was really quite something. My wife and I have truly been overwhelmed by the support we’ve received from the organisation. I couldn’t possibly imagine what we’d do without them now!”

Ron is set to march with other vision-impaired ex-Service men and women supported by Blind Veterans UK as part of the national Remembrance Sunday commemorations in London on Sunday 12 November 2017. Specsavers stores across the UK will be fundraising from 6 to 12 November on behalf of Blind Veterans UK to help Ron, and others like him, march at the Cenotaph.