You are here: Home / News / News / History is Made as Armed Forces Question will be included in the 2021 Census
Poppyscotland, The Royal British Legion
Veterans

For the first time in the history of the Census, there will be a question on service in the Armed Forces following a campaign led by The Royal British Legion and Poppyscotland. 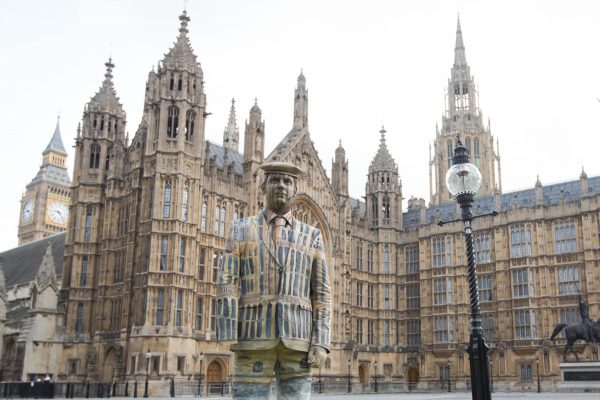 The Government has today announced that the 2021 Census will now include a question to provide information on whether someone has served in HM Armed Forces as a result of the Legion and Poppyscotland’s ‘Count Them In’ Campaign.

The Royal British Legion, which led the campaign, is at the heart of a national network offering a range of support and services to the Armed Forces community. The decision to include the question on the 2021 census will provide the Legion, as well as public bodies, local authorities, and other military charities with valuable information to ensure they can best meet the needs of serving personnel, veterans and their families.

“This is an extremely proud moment for the Legion. After leading a successful campaign, the fact that a military question will be in the 2021 Census will significantly improve our understanding of the Armed Forces community which up until now has been very limited.  It will ensure that we, along with other charities and service providers, can deliver the best service possible to them when and where it is needed most.

“This is something we have been striving towards for many years, it will have a huge impact on service personnel, veterans and their families well into the future, as the outcome will allow us to  provide more effective care and support  to those who are in need. We are delighted and are extremely grateful to everyone who has supported the campaign and helped us to achieve this historical success.”

“Understanding better the profile and needs of veterans is a key part in ensuring that public services are tailored for our ex-service personnel. So allowing, for the first time, veterans to identify themselves in the census is a key part in making Britain the best place in the world to be a veteran.”

It has been estimated that there are 2.4 million veterans currently living in Great Britain[1], who make up part of a wider ex-Service community which includes their spouses, partners, dependent children and widow(er)s. However, little is currently known about the exact numbers, location and needs of this significant group.

The ‘Count Them In’ campaign was launched in 2016 by The Royal British Legion and gained support from MPs, Local Authorities and members of the public via The Legion website.

As part of the launch, Veteran Darren Fuller, 44 was painted into his surroundings at the Houses of Parliament in London, demonstrating that the Armed Forces community was invisible on the UK Census.

Darren served 20 years in the Army, in 2nd Battalion The Parachute Regiment, during this time, he completed tours to Northern Ireland, Macedonia, Iraq and Afghanistan.  He was injured in Afghanistan in April 2008, losing his lower right arm, and was medically discharged in 2014. After receiving great support from The Royal British Legion, he worked for the organisation as the Community Fundraiser for Essex.

“I am proud to have served my country, so being part of the Count Them In Campaign was really important to me. My injury, as a result of my service, meant that I needed a help from a range of organisation and charities including the Legion. The change to the 2021 Census will make it easier for others like me to access the support they need. The success of the Legion’s campaign will help generations of veterans like myself for years to come.”

‘Count Them In’ is part of the ongoing campaign work which The Legion undertakes to help champion the interests, welfare, and contributions of the Armed Forces Community. To find out more go to www.rbl.org.uk/campaigns

Interviews are available with Legion spokespeople on request.

The Royal British Legion is the nation’s biggest Armed Forces charity providing care and support to all members of the British Armed Forces past and present and their families. The Legion champions Remembrance and safeguards the Military Covenant between the nation and its Armed Forces. It is well known for the annual Poppy Appeal, and its emblem the red poppy. www.britishlegion.org.uk

The #CountThemIn campaign was launched by The Royal British Legion on May 16th 2016 with a series of photographs featuring four veterans painted into their surroundings to highlight that in the current census, they are invisible amongst the general population. The pictures show the veterans hidden at the Houses of Parliament in London, a library in Manchester, a café in Plymouth and a rugby ground in Cardiff.

September 2018: The National Records of Scotland (NRS) recommend that the Scottish Government included an Armed Forces question in the Scottish census

December 2018: The Cabinet Office confirms the Government’s intention to recommend to Parliament the inclusion of a question on the Armed Forces Community in the next census in England and Wales

The order passed in Parliament relates to England and Wales only and this question will be part of the Census when it goes out next Spring.  In Scotland, the Scottish Parliament has approved the order in council which commits to a veterans question being included in census 2021.

The Count Them In campaign was supported by:

By @Cobseo 56 minutes ago