Huge success as Chepstow Race Day raises over £20,000 for SSAFA

A charity race day on Friday 19 November at Chepstow Racecourse has raised over £20,000 for SSAFA, the Armed Forces charity. 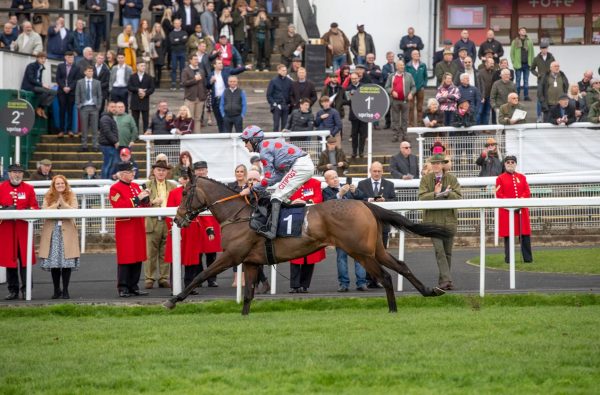 The charity race day, in aid of SSAFA, the Armed Forces charity, was an exciting one with a great turnout from the military community, including 6 Chelsea Pensioners, and General Sir Adrian Bradshaw KCB OBE, Governor of the Royal Hospital Chelsea.

There were 1750 attendees on the day, with the event ably supported by over 100 corporate supporters, including BATTLESPACE Publications. Overall, the charity race day raised over £20,000 for SSAFA, the Armed Forces charity.

The BATTLESPACE SSAFA Chepstow Race Day began in 2014 and has raised more than £140,000 for SSAFA so far.

“We were delighted with the success of our sixth SSAFA Chepstow Race Day, and thank all our sponsors for their continued support, particularly in the ensuing COVID outbreak which has caused so many uncertainties. I would also like to thank the staff at Chepstow racecourse, the SSAFA Team and Steve O’Leary who conducted another successful auction. Once again, we raised a record amount for SSAFA to build on the £140,000 raised since 2014. We look forward to welcoming everyone to Chepstow on November 18th, 2022.”

“We are extremely grateful to BATTLESPACE Publications and specifically Julian Nettlefold for continuing with this brilliant event and their generous support of SSAFA. The money raised will go towards supporting our Armed Forces community and helping change their lives for the better.”

SSAFA, the Armed Forces charity is the official charity partner for the Chepstow Race Day.

To find out more information on Chepstow Race Days go to info@chepstow-racecourse.co.uk