You are here: Home / News / News / Independent Living Co-ordinator appointed to support Launchpad residents once they have moved on

Veterans’ charity Launchpad has appointed Lorena Budd as Independent Living Co-ordinator to support residents after they have moved on to live independently. 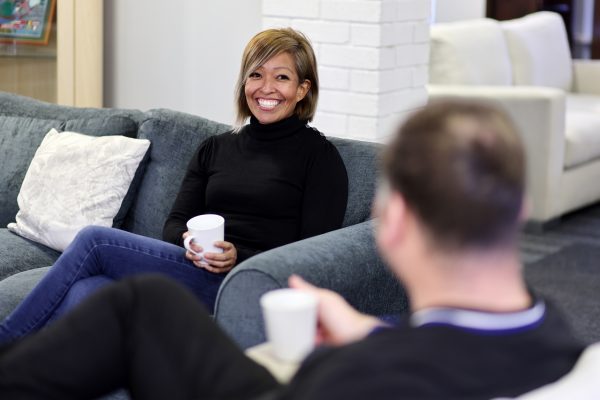 Her role is to ensure veterans experience a smooth transition to independent living once they leave Launchpad’s houses, as well as ensuring the veterans gain support if they need it. This will be achieved by working through Launchpad’s staff or through other organisations such as SSAFA and RBL, wherever they live.

Lorena, 38 who is originally from Whitby in Yorkshire, served 14 years in the army as a senior HR manager and then more recently, working as an HR Administrator in Colchester with 2nd Battalion, The Parachute Regiment based at Merville Barracks.

She will be based at Launchpad’s Avondale House in Newcastle and her role is part-funded by Force for Change, which is administered by the Armed Forces Covenant Fund Trust.

Lorena started her new role in November and commented:

“I’m really looking forward to delivering this new service on behalf of the charity to support Launchpad’s resident veterans to ensure they get the support they need once they have moved on to live independently.

“In a recent survey [by Launchpad in June 2021], 92% of residents about to leave Launchpad expected the transition to be difficult, with all of them feeling worried about loneliness. It will be my job to ensure they are connected to external communities to reduce isolation, combat loneliness and increase their long-term health and wellbeing by encouraging them to actively engage in local services where they are living.”

“I am delighted to welcome Lorena on board. She brings 14 years’ experience serving in the military and five years’ experience working alongside the military, so she has a good understanding of veterans and the transition they go through from leaving the military to re-joining civilian life. She will play a vital role in supporting our veterans wherever they decide to settle.

“Encouraging the veterans and keeping them motivated will boost their confidence and will make it easier for them. I am confident this will be a useful and important service provided by Launchpad.”

The Force for Change grant will cover Lorena’s salary costs for four months, while Launchpad is applying for additional funding to ensure the programme continues beyond March 2022.

The aim of the Force for Change grant, which will directly benefit residents, helps isolated members of the Armed Forces community to take part in activities that improve their general wellbeing or help them to be more connected or engaged in their local area.

Launchpad provides accommodation and support to veterans to help them stabilise their lives and make a successful transition from military to civilian life. Since 2013, the charity has supported over 525 veterans from its two houses at Avondale House in Newcastle upon Tyne and Speke House in Liverpool.