Residents of Broughton House Veteran Care Village in Salford will lay wreaths at a specially-erected indoor memorial as they mark Remembrance Sunday under lockdown. 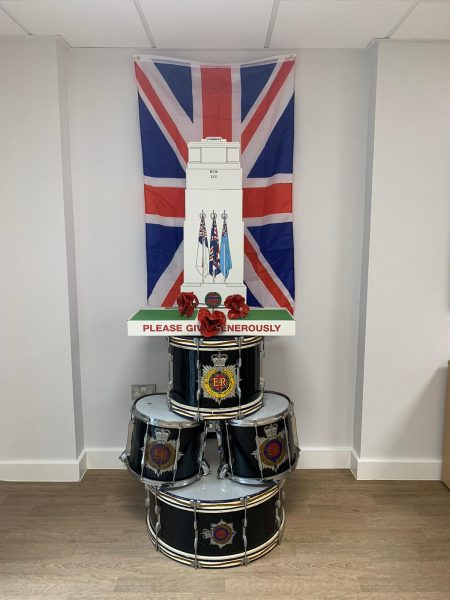 The temporary memorial has been put up in the function room of the newly-built Stoller Wing.

The opening of the wing in September marked the completion of the first stage of a £13m redevelopment to create the UK’s first Veteran Care Village.

The three-storey building, which has 32 residential and nursing care beds, has been named in honour of north west businessman and philanthropist Sir Norman Stoller, whose charitable trust has provided substantial financial backing for the scheme.

On Remembrance Sunday, residents will wear their Broughton House blazers and follow TV coverage of the national events marking the occasion.

The names of residents who have passed away over the past year will be read out at a special ceremony, followed by the wreath-laying.

The veterans will then be served coffee and cake in the new museum café area.

On Remembrance Day itself, Wednesday November 11, the veterans will take part in a two-minute silence at 11am in the function room and will then be treated to a bar and indoor barbecue lunch.

“As Remembrance Sunday approaches, we are doing everything in our power to ensure our residents and staff are able to mark the occasion as they normally would.

We will be holding a private in-house service and our wonderful residents will be wearing their Broughton House blazers, laying wreaths and following the TV coverage before enjoying refreshments in our new café and museum area.”

Meanwhile, veterans watched in delight from inside the Stoller Wing as pupils of The Heys School in Prestwich showed them poppy wreaths they have prepared for Remembrance Week. The wreaths have been laid at the Prestwich cenotaph.

Broughton House is being supported by The Heys School through a series of fundraising events. During the first lockdown, pupils raised residents’ spirits by writing letters to them in a pen-pal initiative.