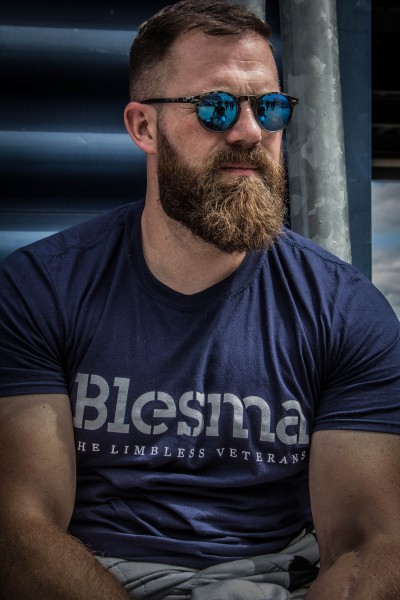 A former Para, who lost his leg while serving in Afghanistan, is taking on the Nuclear Rush this May to support Military Charity Blesma, the Limbless Veterans.

Michael Lewis, 34, from Northampton, will battle a 7k muddy obstacle course at Nuclear Races, Brentwood to say thanks for the help Blesma provided him after he lost his right leg.

In 2008, Michael was serving with 2nd Battalion the Parachute Regiment in Afghanistan, when Michael and his platoon were engaged by the Taliban and during an intense fire-fight Michael was hit by friendly fire in his right leg, left knee, left arm and helmet. The blast led to the amputation of Michael’s right leg below the knee and he has lost some of the use in his left arm.

Michael said: “I signed up for the challenge as I want to give back to Blesma as a thank you for the help they have gave me. They’ve helped me with a wet room, fixed fences and I know they are always there for prosthetic guidance.”

Michael will be taking on the challenge with his brother-in-law and ex-servicemen Joe Byrne, who served with 9 Parachute Squadron Royal Engineers. To support Michael and Joe, please visit https://www.justgiving.com/fundraising/michael-lewis40

Blesma are still recruiting for their Blesma Wave on 19 May 2018, if you would like to join Michael and Joe, you can sign up at https://blesma.org/support-us/find-an-event/fundraising-events/nuclear-rush/