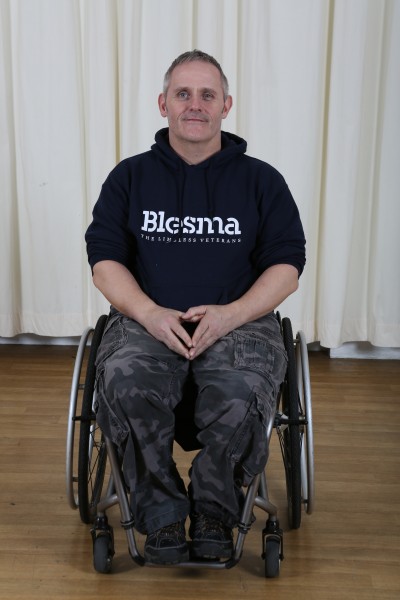 Luke Delahunty, 44, from Aylesbury, Buckinghamshire is taking on the London Marathon to give back to three charities that have helped him after injury; Blesma, the Limbless Veterans, Help for Heroes and RAF Benevolent Fund.

On 3rd October 1996, Luke was serving in the RAF when he was involved in a road traffic accident. The accident resulted in Luke being paralysed from the chest down.

Luke will be taking part in the Day Chair event this Sunday and is hoping to beat his previous time of 4hours 54 minutes.

“I wanted to give back to the charities that have helped me most. I’ve been on a number of cycling rehabilitation activities with Blesma and they’ve helped me with my home. If I was going to do it, I may as well do it for Charity.”