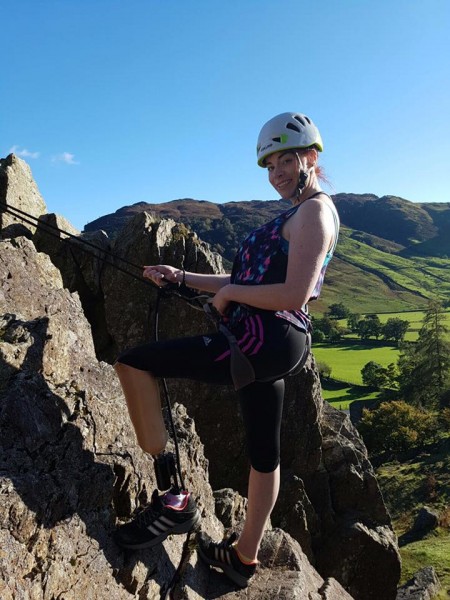 Hannah Campbell, who was injured whilst serving in Iraq, is taking on the Nuclear Races this May to help raise awareness for Military Charity, Blesma, the Limbless Veterans.

Blesma are partnering with Nuclear Races in Brentwood for their award winning fun, tough and gritty obstacle race on 13 May. With a Blesma dedicated wave at 12:40 and 500 places to fill, wounded Veterans are asking you to take part alongside them to complete this gruelling 7k race.

“Blesma does great things to help me and other wounded veterans,” said Hannah, 33, from Millom, Cumbria. “They played a key role whilst I was at Headley court and in my rehabilitation. I wanted to do this to give something back.”

In 2007, Hannah was serving in Iraq with 19 Tank Transporter Squadron when a mortar bomb hit the building she was guarding. Hannah’s left leg was shattered, left hand was split in two and she was blinded in one eye. Shrapnel also caused injuries to her face and body.

Despite doctors telling her she would never be able to have another brother or sister for her daughter Milly, Hannah now has another daughter, Lexi-River. 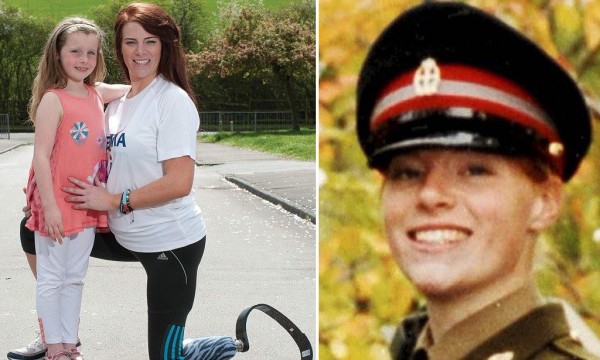 As a result of the traumatic incident, Hannah also suffers from Post Traumatic Stress Disorder, something the nation watched when she entered Bear Grylls, The Island last year.

“The last challenge I did was the London Marathon in 2012 and I’ve had a baby since then! I’m quite nervous as I’m not sure what I’ve let myself in for!”

For more information or to sign up, please contact the Fundraising team on 0208 548 7089 or email Fundraising@blesma.org. Alternatively you can join the Blesma wave at 12:40 on the website at: https://blesma.org/support-us/find-an-event/extreme-events/nuclear-rush/