The Taxi Charity was saddened to hear that veteran Jim Knox had died on Wednesday 29 December. 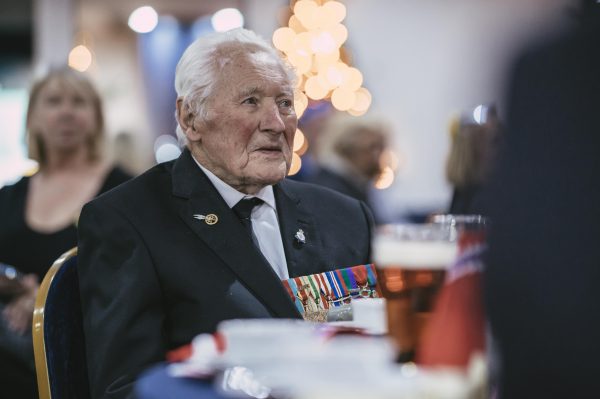 Jim Knox, from Upminster, was a much-loved member of the Taxi Charity family who attended many of their events across the UK and the continent. On 2 December, Jim was one of the many veterans  who enjoyed the Charity’s Christmas party at Millwall and in the summer he had joined a group of much younger veterans for a day’s Go Karting. Jim surprised everyone when he refused to sit and watch but got in a Kart and completed a very impressive time on the circuit. 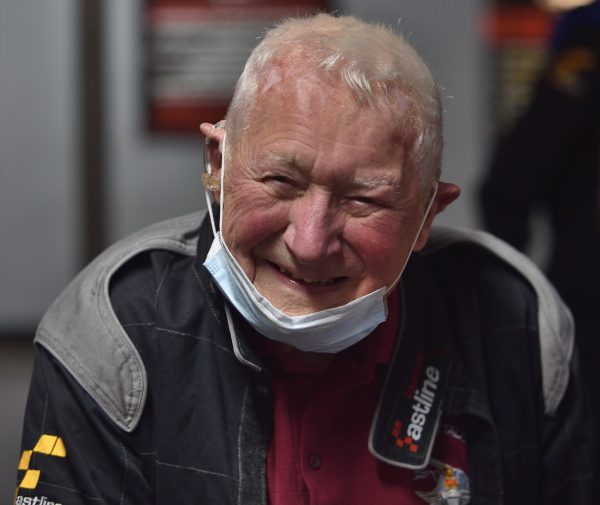 Jim Knox was born in West Ham in 1924 and having lied about his age, joined the Buffs Royal East Kent Regiment when he was 16. A year later he volunteered for the parachute regiment  and during WWII was assigned to Brigade HQ and spent his time in Italy in a small troop interrogating prisoners and gathering intelligence.

“Jim was a lovely man who always had a smile on his face. He was one of the first veterans that I got to know when I began volunteering for the Taxi Charity and we shared a cabin on my initial trip to Holland. I didn’t get much sleep that night as Jim was up and down all night turning the lights on and off each time he went to the bathroom. I was on the top bunk having given Jim the bed and kept waking up with a start worrying I was going to bang my head. On 2 December I picked him up and took him to the Charity’s Christmas lunch at Millwall and drove him home afterwards. He told me that he had had a fabulous time and was looking forward to eating and drinking the contents of the Christmas stocking that all the guests went home with!”

“We were shocked and saddened to hear of Jim’s passing. He was 97 but he always remained young at heart. In July, we organised a Go-Kart race day for younger veterans – or so we thought. Jim surprised everyone after climbing into a kart and speeding around the track – and in doing so became the oldest person to compete at Capital Karts’ 1,000 metre circuit. We were equally delighted Jim enjoyed our Veterans Christmas Lunch at Millwall earlier this month. He will be greatly missed by us all.”

Jim’s funeral is to be held on Monday 24th January at 12.40pm at Upminster Crematorium.