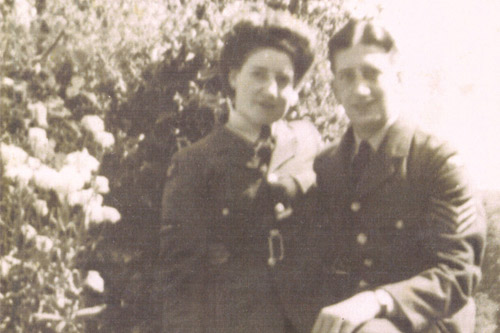 When 95-year-old Gwladys Anderson’s boiler broke down just before Christmas 2016, festivities at the old stone house in Crail, Fife, were all but over.

Gwladys did not want to leave the home she has lived in for 53 years, but with no heating and hot water, she told her Christmas guests to stay away.  Gwladys’s daughter, Carolyn, describes how the RAF Benevolent Fund came to the rescue.

It was Christmas Eve when mum’s 10-year-old boiler decided to pack up completely. It had been playing up for a while and we’d limped on with it but this time we knew it was the end.

It was the worst possible time for a boiler to break down – not only was it almost Christmas Day but, of course, very few companies were able to come out and look at it. Mum is blind and crippled with arthritis and she’d also invited my elderly aunt and uncle to stay, along with myself and my sister, so for us to be without heating or hot water was awful.

The local boiler company were fantastic – they’d been out a few times and patched it up, and they came out once again but said that it would need a new part which they wouldn’t be able to get until after Christmas. 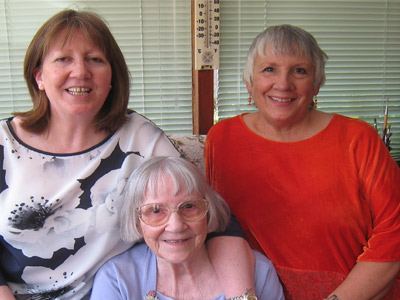 Mum, who had served her country in the war in munitions at Rotherwas, Herefordshire, when the war started, then in the WAAF as a Charge Board Operator, charging the batteries so the planes could fly, didn’t want to leave her home despite the cold. She and my father, who also served in the RAF, settled there after he was de-mobbed, rebuilding most of it themselves, and it was the first family home they had owned.

There was no way she was leaving so I phoned my aunt and uncle and told them not to bother coming.  Christmas was almost cancelled!

But before mum knew it, my aunt and uncle turned up in their car filled with blankets and heaters. I think the feeling was that they got through the war, and although it wouldn’t be very pleasant, they were just going to get on with it.  I have to say a Merry Christmas was had despite the cold and inconvenience!

In the New Year I contacted the RAF Benevolent Fund to see if they could help with funding for a new boiler – and they were there ready to help. We’d previously received support when Dad was diagnosed with cancer in 2010.  He was Flight Sergeant Robert Anderson B.E.M., and joined the RAF in 1938, remaining with the service until 1964.  As his health declined, the Fund provided a profiling bed and converted the bathroom into a wet room.  It was a huge relief for us all that dad was comfortable and I know the support he received made his last days a little easier, and was such a comfort to the whole family.

And now as the temperatures dip once again in Fife, I know mum can look forward to a warm home and an even cosier New Year.