You are here: Home / News / News / Kettle on, tea pot at the ready – it’s your last chance to sign up for SSAFA’S Big Brew Up!

Kettle on, tea pot at the ready – it’s your last chance to sign up for SSAFA’S Big Brew Up! 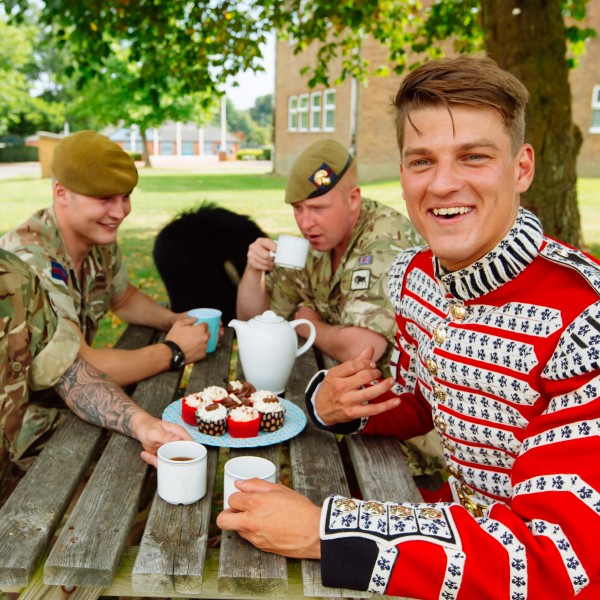 SSAFA, the UK’s oldest Armed Forces charity, is shouting out for the Armed Forces community to rally behind the last call to hold a Big Brew Up this October. The Big Brew Up encourages friends, family and colleagues to come together and host a tea party, whilst raising vital funds to support members of our military community in need.

Fundraising packs are available to order at ssafa.org.uk/bigbrewup, for anyone who is eager to put the kettle on and give back to SSAFA’s support of the Armed Forces.

The pack has all the ‘tea-ssentials’ for a successful tea party, including a Big Brew Up event guide, posters, event invites, collection tins, balloons and stickers.

All donations that are drummed up will go to SSAFA, which provides vital support for members of the Forces, past and present, and their families when in need. From helping those coming to terms with life changing injuries or having lost a loved one in battle, to providing care for elderly veterans, SSAFA works tirelessly to provide help and support for all members of the military family.

Order your Big Brew Up fundraising pack at www.ssafa.org.uk/bigbrewup today!