For most veterans, the transition when leaving the forces and returning back to civilian life will be smooth but, a few of those who can’t resettle are faced with challenges such as homelessness, poverty, health issues, addictions, broken families and unemployment.

Unfortunately, these challenges and issues are not uncommon among its residents, claims veterans’ charity Launchpad, which provides accommodation and wide-ranging support for residents to re-engage with the services that are available to them and to find stable housing and employment.

Since 2013, Launchpad has supported up to 400 veterans with almost half of those securing paid employment and 60% moving on to long-term, settled accommodation.

“There is a lot of support and help available to our veterans when they leave service but some find it more difficult than others,” said David Shaw, CEO of Launchpad that has veterans’ houses in Newcastle upon Tyne and Liverpool.

“Veterans are referred to us by support agencies and partners and they come to us with varying backgrounds, issues and circumstances. Our purpose is to provide safe, secure accommodation and to signpost them to relevant providers to ensure they get the help they need,”

“Some veterans use Launchpad as a stepping-stone and just need time to adjust, for example, those who have just left the armed forces; others have complex issues and need much more tailored support and may well have been out of the armed forces for years.

“The results of a survey we [Launchpad] carried out at the beginning of the year were quite alarming in terms of the experiences of veterans before coming to Launchpad. A large percentage of residents said they were sleeping rough or moved from sofa to sofa, they were accessing food banks and quite alarmingly, almost half of them said they felt suicidal.”

A high percentage of residents have severe mental health issues, ranging from anxiety to service and non-service-related PTSD (Post-Traumatic Stress Disorder). Some need help with addictions including alcohol and drugs but most of the time, this is linked to mental health problems, while others have found themselves homeless because of relationship and family breakdowns or not being able to secure paid employment.

Residents can stay for up to two years before moving on while some may stay longer if this is recommended by the staff. In addition to accommodation, Launchpad also provides residents with additional support, with the assistance of specialist providers, to improve their wellbeing, claiming benefits, training and help with finding jobs.

David continued: “There are a number of reasons why veterans find themselves in the situations they are in; but it’s important that service providers and charities like ourselves exist because without our help some end up in life-threatening situations.”

This is very much echoed by Stephen, 35, a resident of Launchpad’s Avondale House in Byker, Newcastle upon Tyne who served nine years in the Royal Engineers.

“Without Launchpad, I would have been either dead, living on the street or in prison”.

In the space of two years, Stephen has cleared his debt, returned to work, attended rehabilitation for drugs and alcohol, completed training courses and received therapy to combat stress. He is back in touch with his two children who he sees on a regular basis, is in a relationship and is now looking forward to owning his own home again. 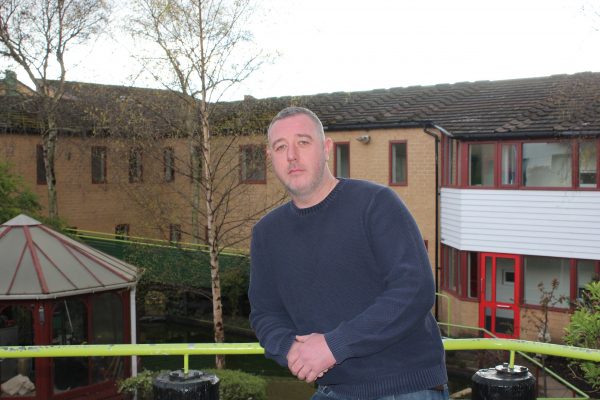 One resident who has done exactly that is 34-year-old Antony, who lived in Speke House, Liverpool. He said: “I didn’t know what to expect when I first got here but I knew straight away – it has to help me and it has. Launchpad has helped me massively and I feel like I can now move on with my life.” Antony served nine years in 2nd Battalion, The Duke of Lancaster’s Regiment and has recently collected the keys to his own house.

“What is pleasing is the outcomes for most of our residents, in particular, hearing of outcomes such as Stephen and Antony’s who have benefitted from the support we have provided and gone on to turn their lives around. We couldn’t have achieved this on our own, we work with our local authority partners, charities, agencies and support providers right across the UK and we greatly appreciate their assistance.

“We have a good relationship with Newcastle City Council who are equally as keen to support our veterans.”

“As proud recipients of the Ministry of Defence’s Employee Recognition Scheme Gold Award, Newcastle City Council is committed to supporting those who serve or who have served our country. We work hard to tackle the issues the armed forces family face including offering an outreach service through Your Homes Newcastle which, amongst other things, can help those struggling to find a place to live.

“We work with Launchpad and other partners through the Armed Forces Network and fully support the work they do. On a recent visit to Avondale House, I saw first-hand just how important their work is for veterans who find it difficult to settle back into civilian life.”

In 2018, Launchpad supported 152 homeless and unemployed veterans. The charity costs around £740K annually to run and relies on donations from individuals and businesses to continue running. Avondale House in Byker has 32 self-contained flats and Speke House in Liverpool has 48 bedsits. Both houses provide communal spaces and gardens for residents to socialise and they also undertake volunteering activities.