You are here: Home / News / News / The Legion invites the Nation to say ‘thank you’ 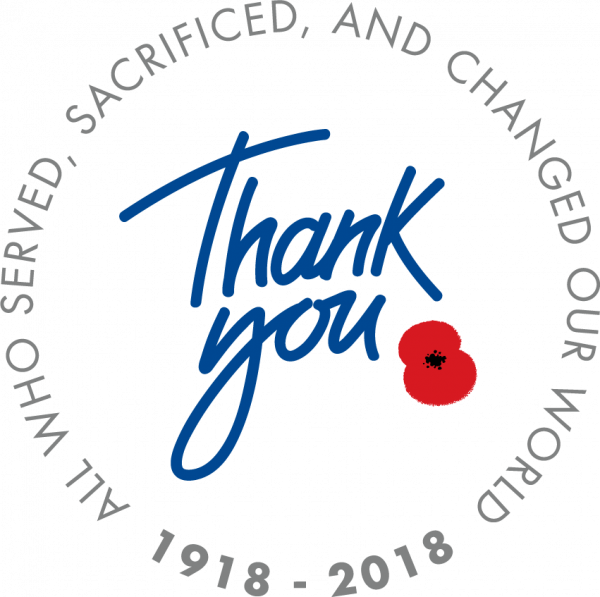 The Legion invites the Nation to say ‘thank you’

To mark the final year of the World War One centenary, The Royal British Legion is inviting the public to take part in a movement to say ‘Thank You’ to the First World War generation who served, sacrificed and changed our world.

The charity is calling on the nation to remember not only the 1.2 million British and Commonwealth Armed Forces who lost their lives, but also those – military and civilian – who played their part on the home front and those who returned to build a better life for the benefit of generations to come.

During the last 100 days of the centenary from 08 August to 11 November, the Legion is inviting the British public from all cultures and faiths, community groups, schools, companies and sports clubs to join the movement to express their gratitude to those who gave themselves to the war and its aftermath, and rebuilt a better nation from its darkest hour.

The Legion’s Director General, Charles Byrne said: ‘The end of the First World War centenary is a chance for each of us to say thank you in our own ways and in our own words not only to those who gave their lives, but those who returned, those who worked in the factories and on the land, and those who pioneered advances in medicine, technology and the arts in response to the experience of the war.

‘Whilst the 100th anniversary of the armistice that ended the fighting 100 years ago marks a poignant time of reflection, it is also a time to look forward to the future with the promise to make it a better place. Everyone living in Britain today has a reason to say ‘Thank You’ to this special generation.’

For updates on the ‘Thank You’ movement, please visit rbl.org.uk/thankyou