After serving 24 years as an aircraft engineer in the Royal Navy, Grant Blackburn thought returning to civilian life would be relatively straight forward and never imagined the events that would unfold, which left him divorced, bankrupt, homeless, struggling to come to terms with his sexuality/gender and also serving time in prison.

Like most veterans, the transition when leaving the forces and returning back to civilian life will be smooth but, a few of those like 49-year-old Grant, can’t resettle and are faced with challenges such as homelessness, poverty, health issues, addictions, broken families and unemployment.

“I never imagined that my life would take such a turn. When I left the service in 2012, I used my avionic and instructional experience and spent two years lecturing at the Flybe training academy but I struggled with significant health problems and was alcohol dependent. This led to a breakdown in my 16-year marriage and I felt lonely.” said Grant.

Grant was always destined for a career in the military – his father also served 24 years in the Royal Navy, based at H.M.S. Tamar in Hong Kong. He left the navy in 1982 after serving in the Falklands War and moved the family to Holbrook in Suffolk where Grant attended the Royal Navy Boarding School between 1981 and 1987. 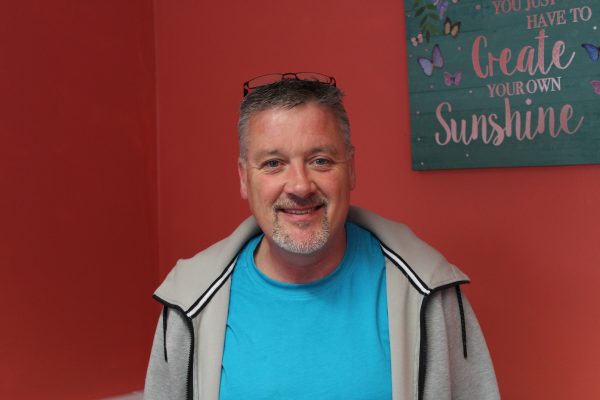 Following in his father’s footsteps, he joined the Royal Navy in 1987 and saw operational tours in the Gulf in 1993 and in the former Yugoslavia in 1994. Being at sea, he didn’t see much direct conflict in combat and was not affected mentally.

“I became alcohol dependent, which resulted in my marriage breaking down and my two teenage boys relocating to Norwich with my ex-wife. I decided to leave my job as a lecturer and moved to Norwich to be closer to my boys hoping it would give me some clarity in my life.

“I continued drinking whilst trying to hold down a job and ended up being evicted, admitted to hospital with a seizure and eventually found myself living on the streets in Norwich. It was really tough.”

Grant lived on the streets for six weeks and found accommodation but ended up lodging with an alcoholic who also had other mental health issues. Everything eventually came to a head and he found himself on remand in HMP Norwich.

Grant’s luck changed while in prison after a prison officer, who was also ex-forces, suggested he got in touch with Launchpad’s Speke House in Liverpool. He moved into Speke House in January 2016 and settled in relatively well and would go through a spell of 4-6 weeks being sober and find work but every now and again, he would binge heavily for 7-9 days.

He was in a lot of debt following his divorce and struggled mentally with his sexuality/gender, which he believes has been triggered from his time at boarding school. Staff at Launchpad provided the support he needed and acknowledged his drinking, debt and gender issues.

“I was reluctant to receive support from external agencies, however, the staff at Launchpad have been brilliant and have signposted me to the agencies that have helped me on my journey. I was referred to the armed forces charity, SSAFA, Royal British Legion and the Royal Navy Benevolent Trust, which has helped to resolve my debt, finally declaring bankruptcy and has helped to reduce my financial stress issues.”

“Grant has been very pro-active securing employment and has not struggled to find regular work and we have been successful in referring him to other services to help improve his health and wellbeing. Importantly, he has received support from staff and residents regarding his sexuality and gender. He has also accessed services from Sanctuary, Addaction and Liverpool Community Alcohol Services, which has resulted in improving his drinking patterns. Grant engages well with all social activities and this helps with his self-esteem building and overall confidence.

“Grant is in regular employment and has dramatically cut down on his drinking. He is very focussed and confident about what the future will bring. He is back in touch with his two sons – one of them has even stayed with him for a few days at Speke House which means the world to him. As soon as his criminal convictions are spent and he’s had his discharge letter from his bankruptcy, the world is his oyster.”

“In three years’ time, I would like to run my own private teaching company and live on a narrowboat, which I will call ‘Launchpad’.”

Speke House consists of 48 bedsits including communal space and a garden for residents to socialise. In addition to safe, secure accommodation, staff also provide support with the assistance of specialist providers, to help veterans stabilise their lives and make a successful transition from military to civilian life. Last year, Launchpad supported 152 homeless and unemployed veterans at Speke House and at Avondale House in Newcastle.

Launchpad welcomes donations to support its veterans, through its website