A local RAF veteran held a charity boxing event in Newcastle to raise money for SSAFA, the Armed Forces charity after it was postponed three times due to the pandemic. 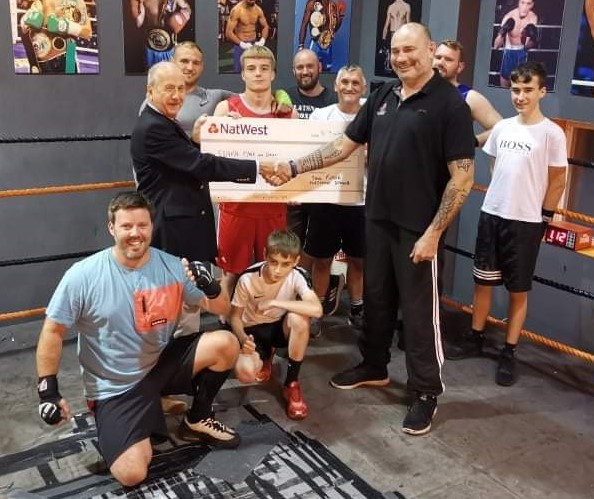 The event was held at the Holiday Inn Gosforth Park and organised by Paul Fiske – an RAF veteran and owner of Newcastle’s Flatsnout Boxing – and had a packed card of eight bouts.

Explaining why he wanted to raise money for SSAFA, Paul – a former professional heavyweight boxer and unlicensed champion – said:

“It’s simple really; SSAFA gave me a helping hand a few years ago, and I felt I wanted to put something back in the SSAFA charity pot, so Flatsnout planned this charity boxing evening to raise money.

“Lockdowns scuppered our plans three times, but these challenges proved the determination we all have. Everyone kept training in the parks of Newcastle to keep boxing fit – even through the snow of last winter – and when the gym reopened, it was time to get back to sparring.

“I’m proud of all the boxers, who put on a great evening’s entertainment and helped raise £1,250 for SSAFA.”

“A great night was had by the friends and families of all the boxers – who put in top-notch efforts – and helped raise so much for SSAFA. Well done all.”

“The branch has suffered from the inability to fundraise over the last 18 months and so we’re delighted that Paul and his team have been able to raise so much for us at this particular time.

“It was a great evening, and we would like to say thank you very much to everyone who contributed to make it the event the success it was.”

Paul is planning to host another charity boxing evening in November. If you are interested in supporting the event, visit facebook.com/flatsnoutfitness.