A local fundraiser is taking on the Thames Path Challenge on Saturday 11 September to raise money for SSAFA, the Armed Forces charity, completing a distance of 100km. 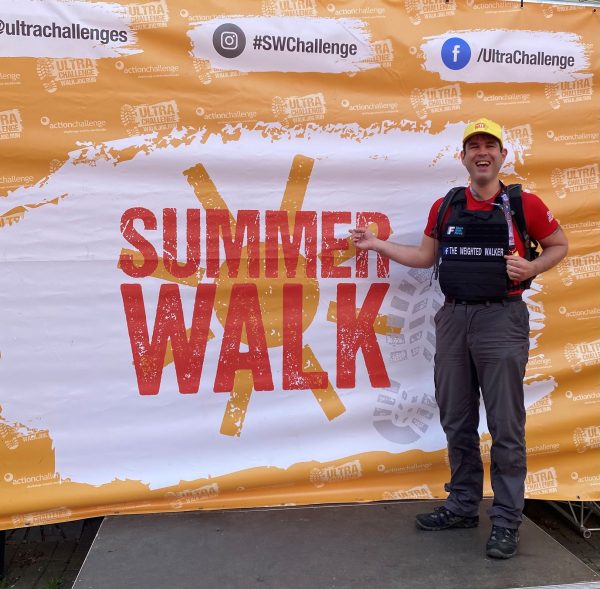 John Burgess, 38, from Kingston upon Thames, is aiming to walk the Thames Path, a total distance of 100km, in 24 hours to raise money for SSAFA, the Armed Forces charity.

However, to make his challenge even harder and to pay tribute to the tough life of soldiers, John – nicknamed the Weighted Walker – will be wearing a 12kg weighted vest, in addition to the weight of his kit.

John, a passionate supporter of the Armed Forces, has been a Senior Non-Commissioned Officer (SNCO) in the Air Cadet Organisation for over 16 years, having been a Cadet for seven years and rising to the rank of Cadet Flight Sergeant. John’s wife Nic is also an SNCO in the Air Cadets.

Coming from a proud military family, John’s grandfather, Donald Kirkby, served in World War Two in the Royal Artillery, seeing action in Africa and Italy, while his father, Graham Burgess, and godfather have both been Civilian Instructors with the Air Cadets.

John’s Ultra Challenge will begin at Putney Bridge on Saturday 11 September at 8am and will follow the Thames Path past Hampton Court and Runnymede. He aims to make it to the finish line at Henley in under 24 hours, finishing his event on in the early hours on Sunday 12 September.

This will be John’s second Ultra Challenge, having completed the London to Brighton event in 2019 for Great Ormond Street Hospital.

“I launched my fundraising challenge for SSAFA having heard from military colleagues of the charity’s amazing work for the Armed Forces community.

“I was further inspired by the marvellous support I’ve had from SSAFA’s fundraising team, who’ve given me all possible help and encouragement.

If you would like to support John, you can donate at: justgiving.com/fundraising/theweightedwalker.