Eight men from across the South West will be taking on a 350-mile cycle over a period of six days to raise money for SSAFA, the Armed Forces charity. 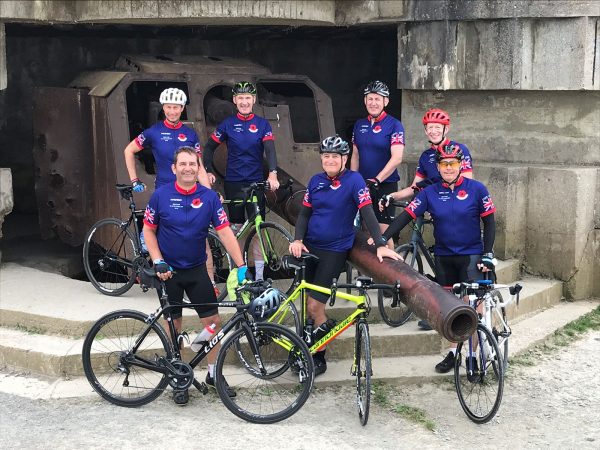 The men will depart from RAF Coningsby in Lincolnshire on Saturday 26th June and will cycle 350-miles over a period of six days, with the aim to raise £2,000 for the charity.

The team participate in an annual cycling event each year and originally planned to visit France to cycle around WW1 and WW2 sites of historical interest. However, due to the Covid-19 pandemic, the team decided to change their route and cycle through the North of England.

They will be calling at Lincoln, York, Whitby, Durham, Haltwhistle and Ambleside.

“In previous years, we have raised thousands of pounds for charities. Since all services are represented in our team, we decided to choose SSAFA as our nominated charity.”

“I have taken this opportunity to ask my friends to join me in dedicating this ride to an extraordinary person who I was lucky to know from my early years. Capt. Gavin John Hamilton MC gave his life whilst serving his country in the SAS during the Falklands campaign, cutting his remarkable career short.”

If you would like to help Fred and the team reach their £2,000 fundraising target, visit: justgiving.com/fundraising/2021Battlefields-Bike-Ride