On July 19th, Shorncliffe Garrison in Folkstone played host to a Gurkha Culture Day, designed to break down misconceptions and create a friendly environment to learn about this vital part of our Armed Forces. The day included a myth-busting session, insight into the process of becoming a Gurkha, what it’s like to be a Gurkha wife, how a Gurkha veteran finds life in the UK and what’s going on in the Gurkha community locally. 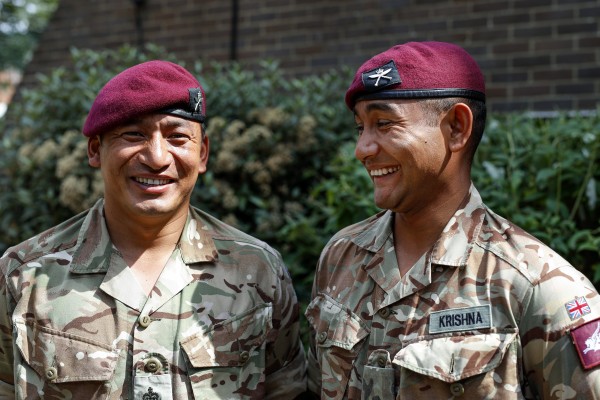 For over 200 years, the Gurkhas have been a vital part of British military history and nearly half a million served alongside British soldiers in the First and Second World Wars. Over the years, 26 Victoria Cross medals have been awarded to Gurkha soldiers for acts of valour in the face of the enemy.

SSAFA’s Gurkha Services team provide tailored support for Gurkhas and their families who have settled in the UK, whilst working collaboratively with other Gurkha specific organisations such as Gurkha Welfare Trust, Gurkha Brigade Association, Army Welfare Service, Gurkha communities and others.

Sheila Limbu, Gurkha Services Manager at SSAFA, the Armed Forces charity explains: “Days like this are vital to ensure that we are all are adequately educated about Gurkhas and their families – only with this level of understanding can we be confident that we are meeting the needs of these families. SSAFA and the Gurkha Welfare team are proud to work with this community to provide practical, emotional and financial support.”

SSAFA provides lifelong support to the Gurkha community and their families in times of need, as part of our support of the military. This year alone, staff and teams of volunteers have helped over 73,000 people – from World War Two veterans to those involved in more recent conflicts and their families.

It has become clear over more than 130 years of providing Forces support that everyone faces different challenges, so SSAFA uses a tailored approach to meet the needs of today’s serving community. Whether it’s practical, emotional and financial support – SSAFA is there to serve the Armed Forces family every step of the way.