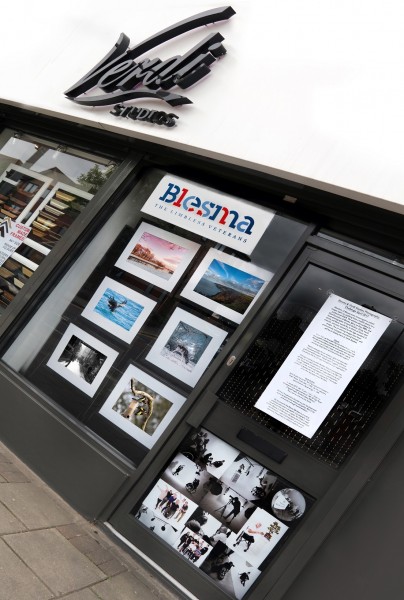 Members of limbless veterans’ charity Blesma have been encouraged to submit images taken on anything from a mobile phone to a professional DSLR to a local professional photography studio for the chance to have their images displayed to the public.

Kirsty and Barry would like to thank all those that entered, and were amazed by the high standard of images. The six winning images have been professionally enlarged, mounted and framed, and will be on display at Verdi Studios, 188-190 High Road, Chadwell Heath until the end of May.

Barry said: “This is a tremendously generous initiative from Verdi Studios who have been encouraging Blesma Members to develop their photography skills.  Photography is a demanding activity that enables the injured of all ages and levels of severity to express themselves.  This is a truly positive impact on their lives.  We are most grateful to Verdi Studios.”

Verdi Studios are a small, family business which started in Green Street, Forest Gate, in 1976. We then opened a second branch in Seven Kings, in 1999.

In January 2014, after 15 years in Seven Kings, we relocated to much larger premises at 188-190 High Road, Chadwell Heath, Romford, Essex RM6 6LU. This is now our one and only Studio.

We are a 3rd generation business; our aim has always been to provide good service, advice, and quality. Most of the work we do is through recommendation.

We are proud to help Blesma Members by providing workshops and tuition in all aspects of photography, both conventional (film) and modern (digital). No charge is made to either Blesma or its Members. We appreciate and understand the therapeutic impact of photography as much as we appreciate the sacrifices our veterans made for us all. www.verdistudios.com