Gina Allsopp, a local veteran from Brighton, is getting back on her bike to raise money for SSAFA, the Armed Forces charity. 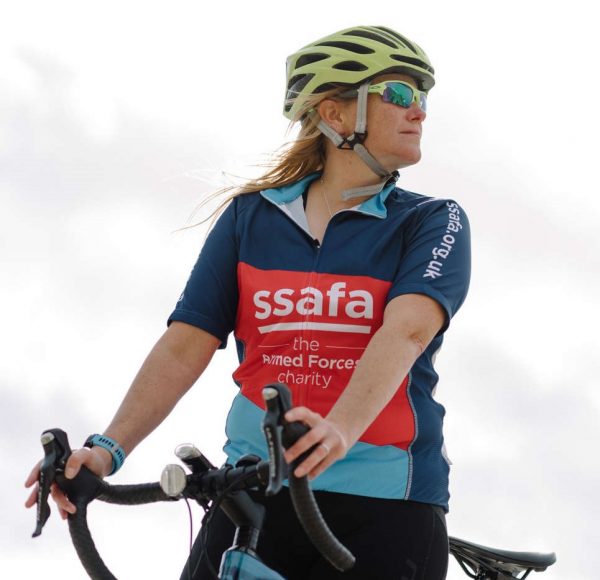 On Sunday 10 April, Gina will be cycling a total of 50-miles along the Brighton Marathon route to raise money for SSAFA after the charity supported her in 2020.

Gina was helped by SSAFA after she was knocked off her bike in a hit and run incident. She found herself in A&E injured, with her bike destroyed. She had been using the bike to support her mental health whilst caring for her brother through his terminal cancer. The day after the crash, her brother, Spencer, sadly died.

Gina walked away from the accident with minor injuries, but her bike was written off in the accident. SSAFA supported Gina and sourced funding to provide her with a new bike so she could continue to cycle following the death of her brother.

“My bike and exercise is really important to me. I didn’t realise that it was a coping method to be honest. When I didn’t have it for those few weeks – I felt lost without my bike – I didn’t have an outlet.”

Gina has been an advocate for SSAFA since she received vital support following her accident and has gone on to raise funds for the charity through a number of avenues, including her poetry anthology ‘Military Memories’.

“I will always be grateful for the support SSAFA provided to me in my time of need. This challenge is just one of the many ways I am giving back to them in the hope that they can support more members of the Armed Forces community like me.”

To support Gina in her upcoming challenge, visit gofundme/50milerideforssafa