Local artist and Vice President of SSAFA Devon, Rob Heard, has been appointed an MBE in the New Year Honours for his outstanding contributions to support the Armed Forces community. 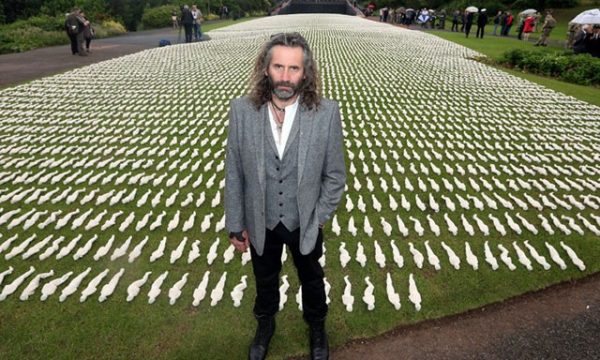 Following on from this, he went on to create a total of 72, 396 small figures for an exhibition in London’s Olympic Park titled ‘The Shrouds of the Somme’ in November 2018.

Rob has raised over £53,000 for SSAFA, the Armed Forces charity through his installations and was made Honorary Vice President of SSAFA Devon in 2019.

“SSAFA is extremely proud of the commitment of so many individuals to assist, whenever required, those serving in this Nation’s Armed Forces, veterans and their families.  The recognition of some of the charity’s thousands of volunteers in The Queen’s New Year Honours is richly deserved; all in SSAFA congratulate them and thank them for their dedication and hard work.”