You are here: Home / News / News / London Licensed Cabbie Joseph Theodore has been volunteering for The Taxi Charity for Military Veterans for over sixty years

London Cabbie, Joseph Theodore, 82, from Muswell Hill, began volunteering for the Taxi Charity in 1958 when he took two veterans in his cab on the charity’s annual trip to Worthing. Almost every year since then he has joined the convoy of London cabbies who take veterans from all conflicts for a day at the seaside. 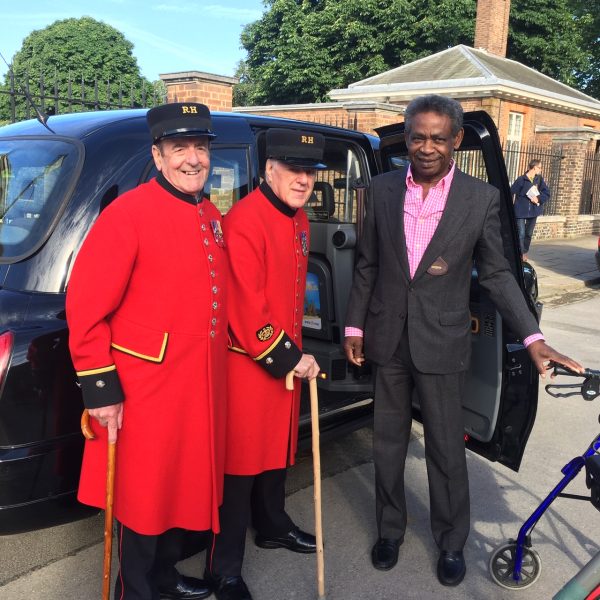 “I was 21 when I started volunteering for The Taxi Charity. The veterans, I took to Worthing that first year were from WWI and WWII. Over the years we have lost many veterans and been joined by those from other conflicts and recently my passengers have included veterans who have served in The Falklands, Afghanistan and Iraq. I have made amazing friends amongst the veterans and the cab trade and I would highly recommend volunteering for this amazing charity.”

During the last sixty years Joseph has driven seven different cabs, his first was an Oxford, then a Beardmore, followed by an FX3, an FX4, a Fairway, a TXE and he is currently driving a TX4.

“The Taxi Charity and veterans rely on the help of kind hearted London Cabbies who volunteer their time and vehicles for free. Joseph has been an amazing volunteer for over sixty years, and he is a very important part of the charity family.”

You can find out more about the charity by visiting www.taxicharity.org

Joseph campaigned for many years to see Norman Wisdom recognised with an MBE. He is now hoping to see a statue to Nye Bevan erected in London as there is currently only a bust of him situated in Tower Bridge. Joseph said,

“With the amazing work being done by the NHS now it would seem very fitting to have a statue in London of Nye Bevan who contributed to the founding of the welfare state in the UK.”